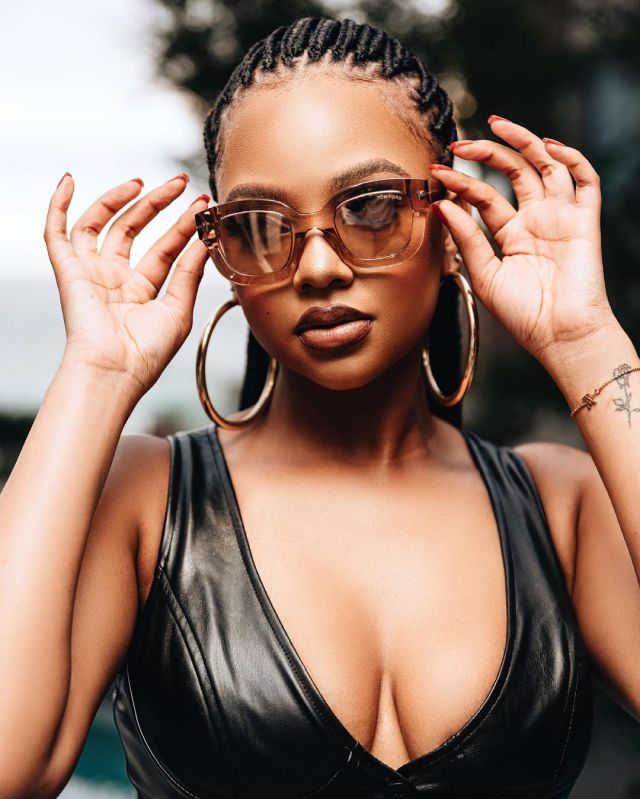 Mihlali Ndamase has been guns out on men without money and who do not dress fancy. Taking to her social media accounts, the content creator first posted saying men who don dress well should stay far away from her.

This caused a stir as men fired shots at her with some mentioning her scandal with someone’s men in Dubai. Later Mihlali then posted saying ‘Men with no money finding something negative to say about black women fantasizing about luxury.’

The tweet got men firing shots and saying all nasty things about her. Other ladies seem to agree with her. Here are the comments from the public:

Men with no money 🤝 finding something negative to say about black women fantasizing about luxury.

Lmao yall just hate Men to be honest, you still my crush thou.

Women with no money but love for luxury like talking down on guys who are on the same financial level as them Why are they fighting each other?

The actress also responds to men dragging her by saying she is okay with dancing for rich men on their yachts as long as they have the money and it is her business.

“While you could be focused on getting your bag up so you can live, what you won’t admit to be your dream life of having girls like me on your yacht shaking our buns, here you basking in small boy energy. Keep your nose outta women’s business sweetheart.”

Earlier this month Mihlali was spotted in Dubai with Meeshka’s man James. The public was not impressed with the makeup artist’s behavior. Recently she was sharing her experiences of sleeping alone and how bad she needs to quench her s.e.x needs.