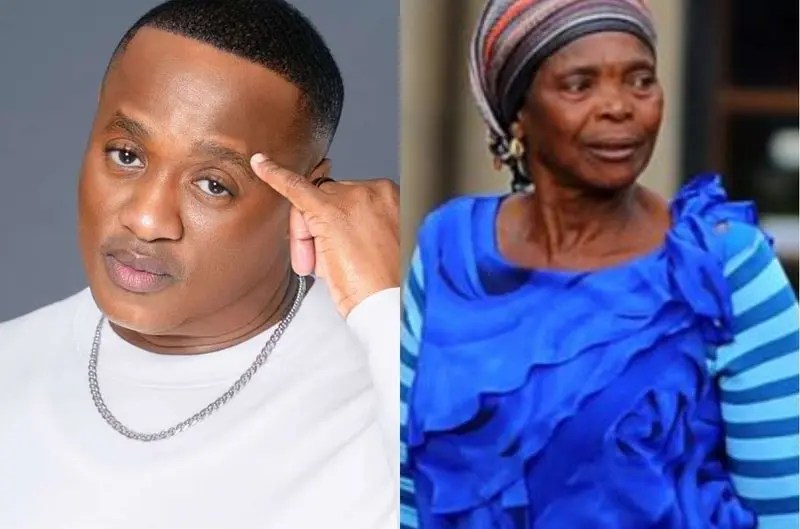 In the wake of Amanda Du Pont’s s.e.xual abuse accusations against Jub Jub, nobody is safe on the internet, as people’s past crimes are being dragged back to light. Jub Jub’s mother, Jacqueline Maarohanye – Mama Jackie to those who know her – is among those catching fire.

Tweeps have now rehashed her kidnapping accusations. Mama Jackie was popular for her “noble” initiative to provide a home for orphans who had nowhere else to go. She said she wanted to protect the vulnerable children from violent abuse.

With this initiative, she raised a lot of money in the form of donations from influential people, including Oprah Winfrey and Nelson Mandela. There was even a documentary done on her that hailed her as a South African hero.

But it wasn’t too long before it all came crashing down, when in 2017 the “Angel of Soweto” was accused of selling two orphaned children. In an expose by Carte Blanche, it was revealed that her orphanage was fake.
She would routinely have children tell sob stories about how they witnessed their parents being killed, but it was revealed that all this was fake, and that she coached and pressured them into telling lies so she could get money from donors.

The case that brought it all crashing down was when she “relocated” two children to live with a couple in Mpumalanga. But the court charged her for selling the children for R30,000. She denied these accusations and defended herself saying the money was a donation to the orphanage from the couple, to show gratitude.

She was sentenced to 12 years in prison, resulting from the discovery that her orphanage was unregistered.

People need to tighten their belts here. Jub Jub is a son of a woman who scammed Oprah. Got Mandela to fondly name her "Angel of Soweto." She pulled a fast one on President Clinton. Mama Jackie is no small girl.

Now that Jub Jub is facing public wrath, Mama Jackie’s crimes are being laid bare for the world to remember. Many tweeps now blame her for the way her son turned out, as they are saying she created a monster by never holding him accountable for his messes, and cleaning up after him every time.

Mama Jackie really created this monster. Jubjub has never been an accountable person, his mother has always cleaned up his mess. I don’t think he’ll ever change, o bodile just like mmagwe!

Behind most spoiled & irresponsible men is their mother protecting them. So much damage in society is a result of mothers like Mama Jackie & sons like Jub Jub.

More tweeps have come out to share their experiences of abuse, allegedly at her hands. She has been accused of physical and psychological abuse, ranging from shaming students by making them strip naked, to cruel punishments because they didn’t do as she wanted.

One day I will write a thread about how Mama Jackie and the famous actor made us strip naked, roll on the ground and run because we were not singing loud enough for her. How she poured us with cold water using a hose pipe, all the sjambok beatings, the brutal punishments etc💔 https://t.co/scwJY7WW4X

While she is currently serving her prison sentence, it is clear that she will also have to answer to the court of public opinion when she gets out, just like her son is doing now. There are obviously many who still hold grudges against her, and the main sentiment is that she has even more crimes to answer for.

For now, we wait to see how it all plays out. But it is clear that there will only be rough days ahead for the Maarohanye family.