Siya Bunny has once again dropped some awesome baby bump photos of herself. 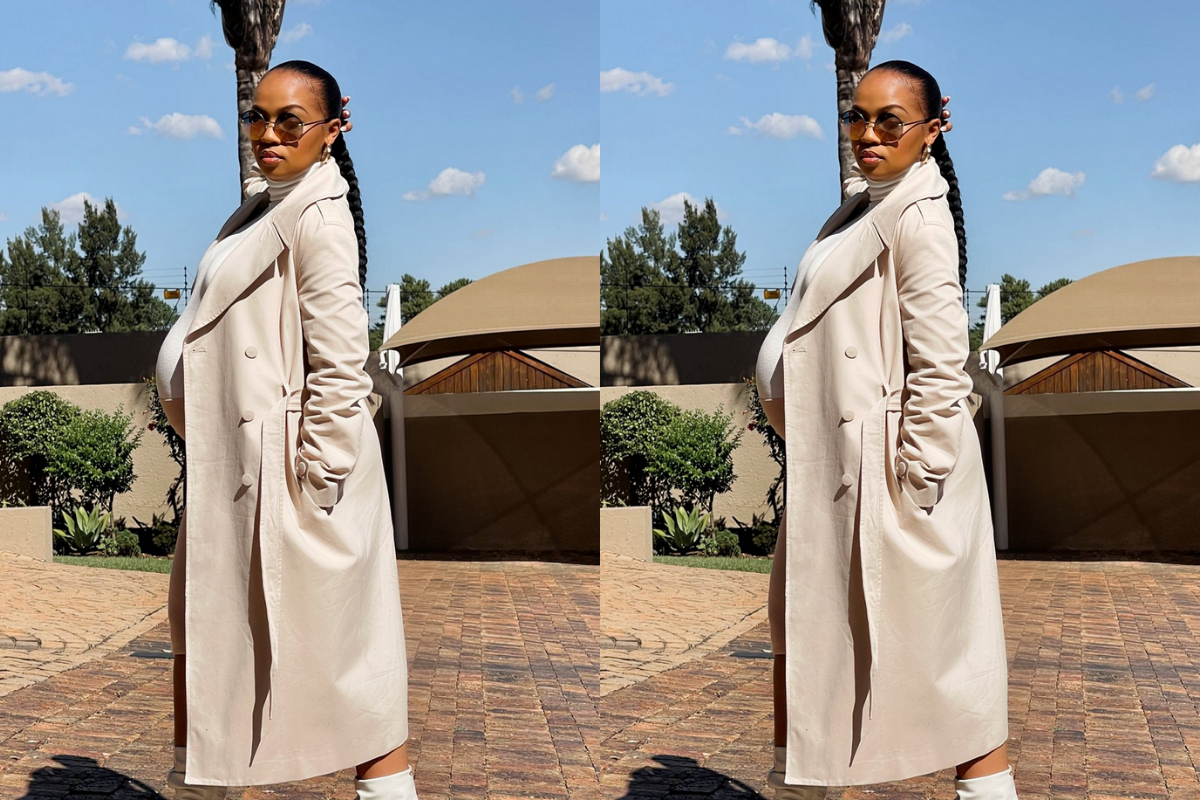 The media personality shared these lovely photos on her personal social media handle on the popular social media platform, Twitter.
She shared the photos with the caption;

Some of the reactions the photos got are;

@iamkagi_styles – Have they told you not to wear heels yet?

@awonkedineo – you look so beautiful, I must say ndi obsessed with the pregnant you you carrying so well umhle maarn

@Bavu_Q – How do you guys get so pretty when pregnant? mna i was very ugly shame
@Taitu_kasebele – You should write a book titled “You’re pregnant not a hobbo”

Siyanda “Siya Bunny” Dzenga is a South African social media influencer and entrepreneur. Siya Bunny is the Founding Director and Strategist at Imbewu Digital Communications and a partner at Miss to Mrs. Bridal Experience. She is also the owner of the lifestyle blog Glow Up.

Siya Bunny hails from Eastern Cape, South Africa and on 17 March 2021, Siya Bunny announced via an Instagram video that she was pregnant. The gender of the child was not revealed in the video.

She studied media and communications at Nelson Mandela University.