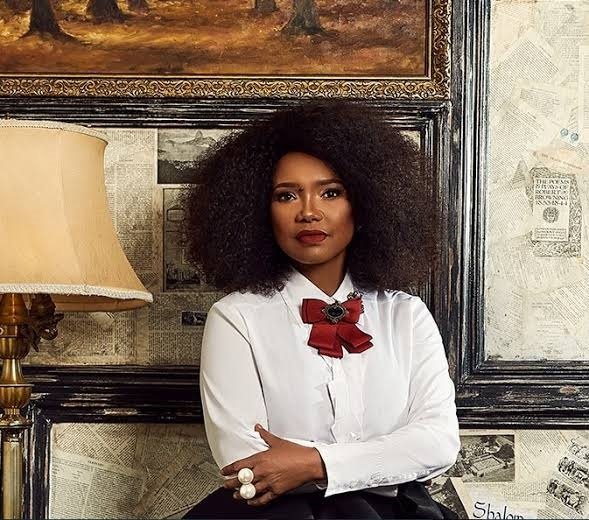 Legendary newsreader Noxolo Grootboom will be saying her last goodbyes to TV viewers on SABC next week.

Noxolo, who’s been at the public broadcaster for 37 years, will be reading the news for the last time on Tuesday, 30 March. She’s retiring.

SABC Iindaba shared the exciting news on its Facebook page on Wednesday, 24 March.

A timeline of her tenure at the SABC will be shown on Saturday, 27 March.

Social media users celebrated the news, adding they’d get to see her presenting one more time.

Her signature “ndinithanda nonke emakhaya” became a favourite with viewers over the years, making many people love her.

TV personality Anele Mdoda was one of the many excited people on social media who couldn’t wait for Tuesday.
“Next week we stop the world for Noxolo Grootboom! At 7pm we say ndinithanda nonke emakhaya,” she wrote on Twitter.

“Don’t miss out on #Xhosa news on Tuesday, 30 March as the legendary sis Noxolo Grootboom bows out to take a well-deserved retirement. She’ll read the news for the last time,” he wrote. 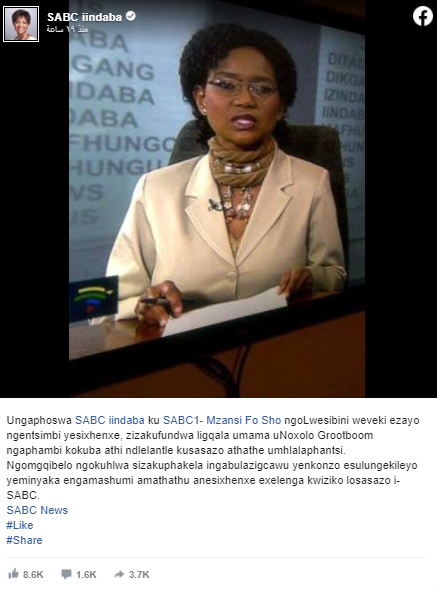