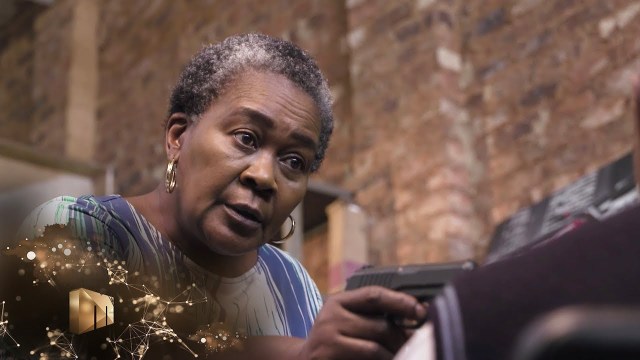 Fans were left hanging on a thin thread on Monday night when Gomora‘s last scene saw Mam’Sonto shoot Ntokozo point blank. Viewers were left shook at first but it soon dawned on them that the shooting may have not happened because it might turn out to be a dream.

While they were watching the entertaining episode after Mike’s death on Friday and Sonto reeling from grief, viewers of the popular telenovela witnessed an unlikely turn of events.

This when Mam’Sonto walked into the Dlamini household, gun in hand, and shot Ntokozo in front of his parents.

Watch the video clip below showing the shocking moment:

However, something about Mam’Sonto shooting Ntokozo doesn’t add up.

For tweeps, it all felt too good to be true.

Fans have watched shocking scenes that left them in their feels only for it to be revealed later that they were witnesses to one of their fave character’s dreams. Like that time Sonto dreamt about shooting Mike or when Teddy dreamt he was having sex with Miss Manzi.

That is why, instead of being genuinely worried that Mam’Sonto has finally revealed her inner gangster to the Dlaminis, fans figured Ntokozo’s guilt drove him to dream about being shot dead by Mam’Sonto in her quest for vengeance.

Most viewers are hoping it was all just a dream because if it is not, their faves Ntokozo and Mazet are done for.

Here are some of their top reactions:

We will realise tomorrow that it was just a dream. Ntokozo was not shot but he was dreaming. #GomoraMzanzi pic.twitter.com/Byw8kB1QeU