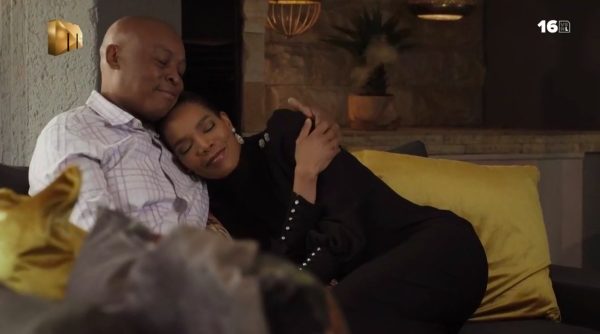 Actors Connie Ferguson and Rapulana Seiphemo are some of South Africa’s most talented and veterans in the entertainment industry they have been in the industry for more than 20years and still counting. These two actors are known for their on screen relationship which viewers have witnessed since the days of Generations on Sabc1 years ago. They were known as Karabo and Tau, the viewers fell in love with them because of their amazing relationship and the talent that they have which makes the shows that they are in very interesting.Connie Ferguson

The stars are now working together on the soapie called The Queen which plays on Mzansi Magic and they are known as Harriet and Hector. They hide their relationship because Harriet’s brother-in-law Brutus doesn’t approve of their relationship. Brutus always wanted to marry Harriet as their tradition states that it should be that way but Harriet does not want to she knows what her heart wants and she follows it. Fans have stated that Harriet and Hector remind them of the old days of Generations, but in this case, Hector is already married to Vuyiswa and it has not been a year since they got married.

The Queen has been losing viewers but things have changed since Harriet came back to shake things up and the viewers are slowly coming back because the show always trends on Social Media after each episode. In my opinion, i think it is good that we compare their on-screen relationship which happened in the past and the other one going on right now because things have changed and they are older now, they are also on the different show which it comes with different storylines