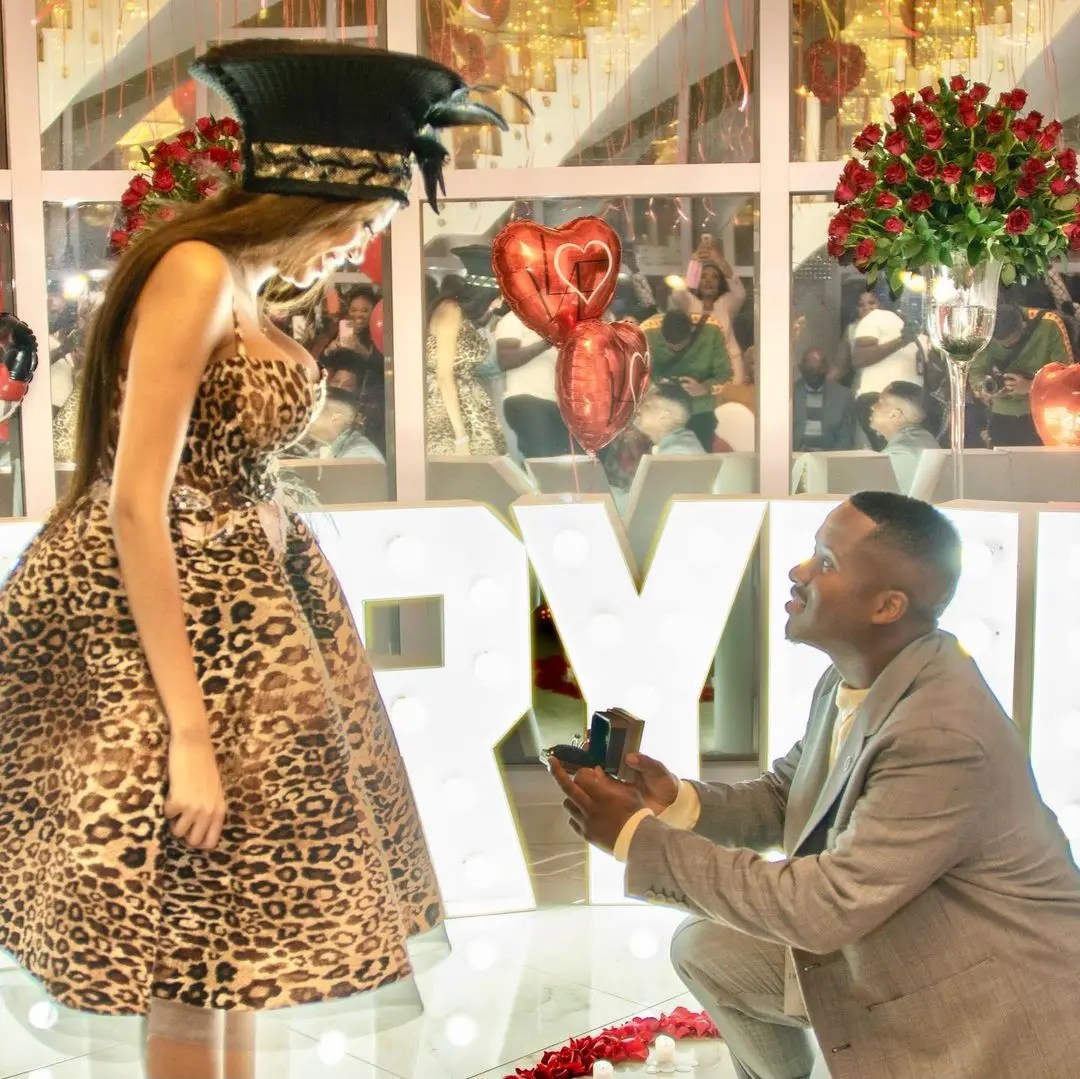 Social media was shooketh to the core on Friday night when videos of Andile Mpisane proposing to Tamia Louw went viral.

In the videos, Andile, who is the son of reality show star and businesswoman Shauwn “MamKhize” Mkhize, and Tamia can be seen standing in the middle of a giant red heart on the floor, surrounded by friends and family.

Andile then gets down on one knee and proposes to Tamia, who says yes.

Those close to the couple are seen congratulating them.

Tamia even changed her bio on Instagram to include the Mpisane surname.

While many on social media congratulated the couple, others were shocked. They questioned Andile’s relationship with his baby mama Sithelo Shozi and pointed out the couple were snapped together just last month.

Others suggested that it might be a “stunt” for MaMkhize’s reality show or a music video for an upcoming song.

A few were just here for Andile’s suit, joking that he got it from minister Gwede Mantashe, who once went viral with a pic of him wearing a baggy suit.

Not Andile Mpisane teaching us to drink water and mind our business….. pic.twitter.com/LObA4E2NuF

David Mabuza you are leadership Andile Mpisane just got married under your Leadership. pic.twitter.com/USsRbMf9vL