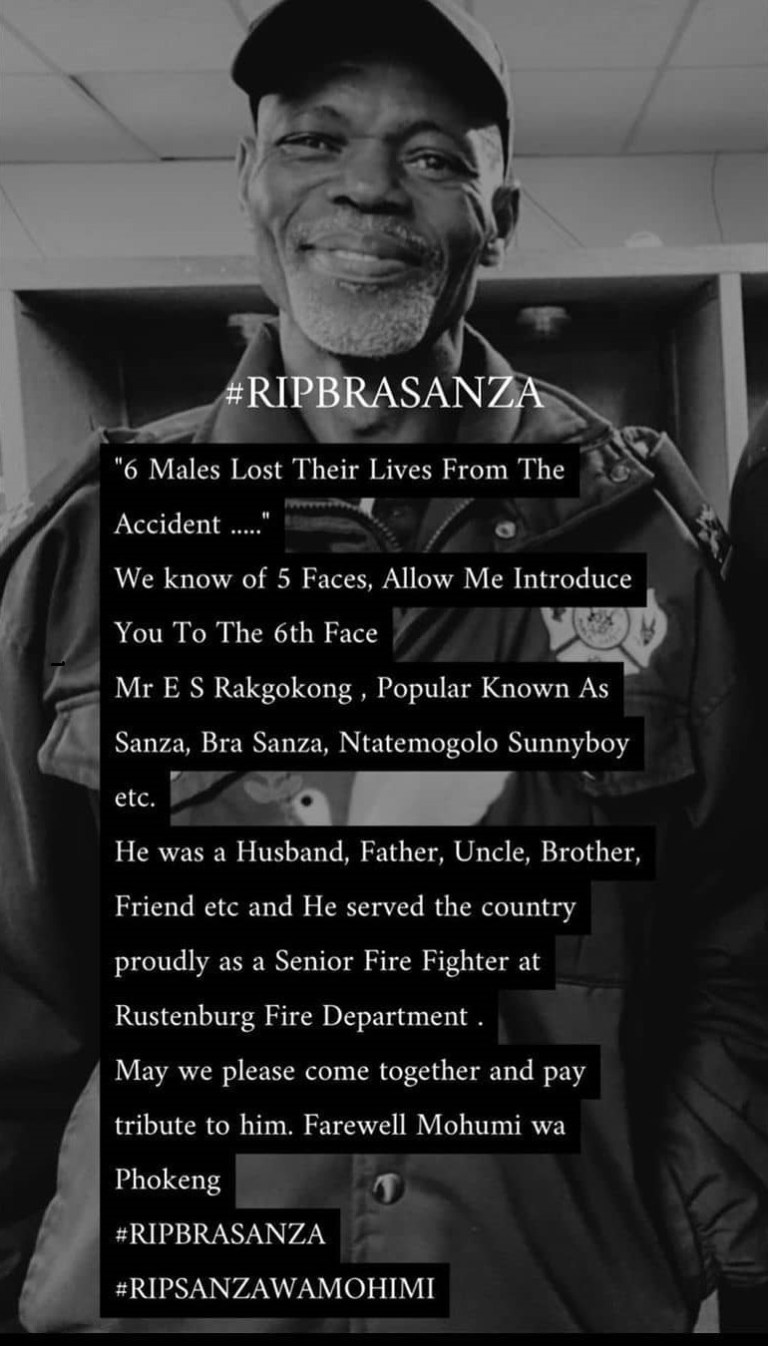 The identity of the man who died in the accident that claimed the lives of the Amapiano stars has been revealed. According to a tweet, his name is Bra Sanza. He was a resident of Lemong, Phokeng in Rustenburg. Prince Kaybee also retweeted the tweet. 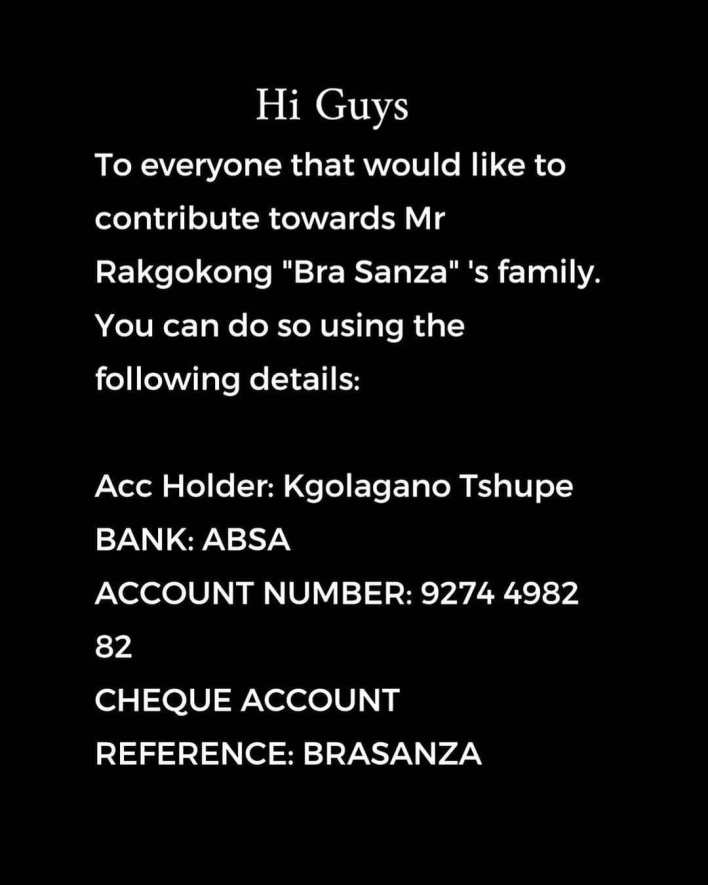 “May we also pay tribute to Bra Sanza who also lost his life in that fatal accident that claimed the lives of Mpura, Thando Thot, Killer Kau and Khanya! He is a resident of Lemenong, Phokeng in Rustenburg. May his soul rest eternally.”

His community and colleagues have visited the scene where he lost his life to pay their tributes. His friends have been sharing video clips in honour of his memory.

This Women’s Day, the nation woke up to the news that Mpura, Killer Kau, Khanya Hadebe, Thando tot and TD Sage have lost their lives following an accident while they were travelling to a gig in Rustenburg.

A statement, six people died from the accident and an official investigation has been launched by the police.

“The department of community safety, roads and transport has confirmed the accident that claimed six lives on the N4.

Lady Du, who was very close to the fallen stars, has asked the nation to show sympathy to the families that have been affected by the untimely deaths.

“I don’t think I wanted to even do this, but I feel like I want to do it There are things that I think a lot of people need to understand and that is we are not celebrities when we lose our brothers. We are not celebrities when we are in pain. Nobody can ever handle the pain of losing people that they care about. People that have helped them grow in every way possible.”

She has also revealed that the whole thing has left her confused.

“I don’t understand. I’m confused. I don’t know what is going on. I don’t know how to feel. But guys, please understand that with me – I’m not a celebrity when it comes to losing people that I care about. I’ve never been and felt so weak in my life. Killer Kau and Mpura touched me in a way that nobody else has ever touched me and I don’t expect anybody to understand that. That is for me to understand. So when we lose people, stop calling us and asking us what is going on. Stop asking what happened and just pray. Learn to pray. We’re still young to die in this way. We are young guys. We must pray.” She said in part. Watch the full video here.