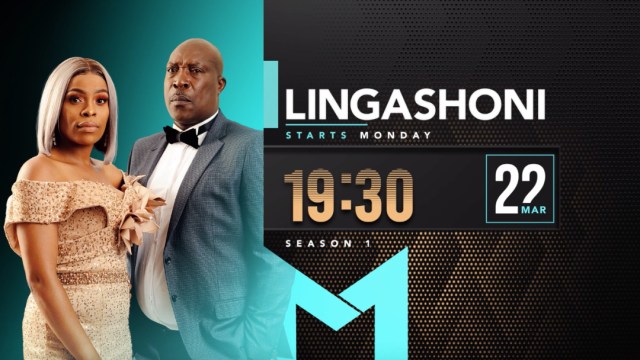 The show, produced by Stained Glass Productions, tells the story of a businessman who returns to reclaim his life after 10 years of being declared dead.

Patrick, who dumped e.tv’s Scandal! for the new show, told Daily Sun: “Besides the amazing cast, the show is very relevant to our country’s current situation and speaks to it directly as it touches on corruption, nepotism, family values, love and societal issues many of us are facing.”

He said his character, Mandla, is a great family man.

Mandla is a businessman, politician and entrepreneur who goes through a very traumatic experience that changes his life completely.

“But later he returns to his former life after a decade-long memory loss. He’s a family man who’ll go to great lengths to protect his family.
“He’ll fight tooth and nail for them. I believe that’s where him and I connect. I love my family very much. But other than that he’s very sly.

“I believe viewers will start to hate him when he goes out for revenge after discovering things that happened to him.”

Reacting to the first episode, Mzansi couldn’t believe the levels of drama.

Sibonisile Ngubane said: “Hayi! Five minutes in and we already have a dead body. Stained Glass doesn’t like peace hle.”

Phumla Qwabe said: “Lingashoni. I only caught the last minute of the episode and already I know ziyabuya la.”

Lexxie Deluxe said: “This is an amazing show, Lingashoni. I always love seeing Thuli Thabethe on my screen. She’s a gem.”