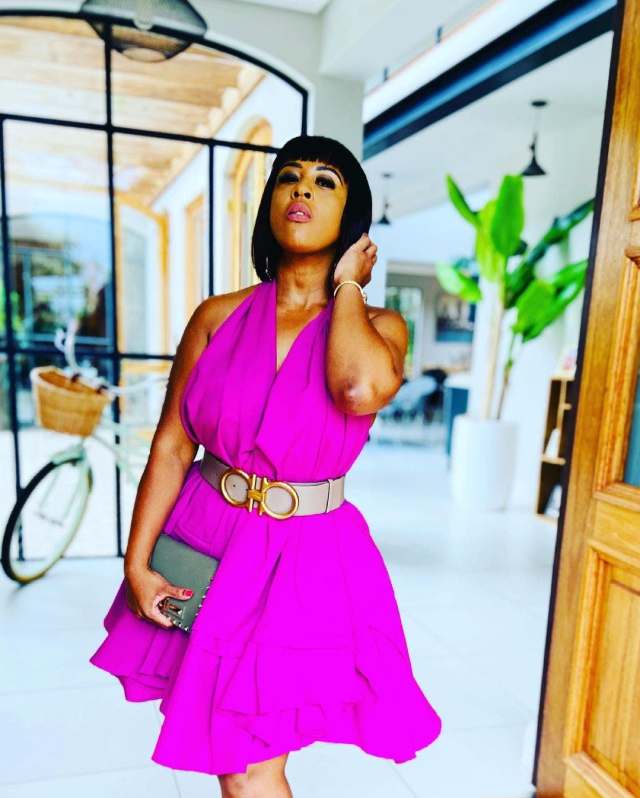 The Real Housewives of Durban fans are livid at how Nonku treats Mabusi. The reality star has been called out so many times for her bad behavior and terrible attitude towards her friend Mabusi.

As always, the Twitter streets didn’t keep mum about Nonku’s behavior. Tweeps spoke of how Nonku always tries to make jokes at the expense of Mabusi.

I am so disappointed in Nonku. The way she picks on uMabusi, it is clear that she does this because she has insecurities while she knows ukhuti Mabusi is clearly comfortable in her own skin #RHODurban pic.twitter.com/PeBZsx5kuQ

Imagine your friend invites you on a trip, ridicules you, then insists on hosting a game night without you.

In defense of Mabusi some tweeps said, what Nonku is doing to Mabusi is unfair and uncalled for. Some even went on to say Mabusi should just leave the show than being bullied.

However some people say, Nonku’s bullying and toxic behavior might be something she’s not aware of, it could be her true self. On the other hand some say she could be doing it on purpose so she gets to be liked by fellow reality stars named Kgomotso Ndungane and Anne-Toni Ludick Mthembu.

Nonku is not just a member of the reality show, she a businesswoman who is also the founder of Ashes to Beauty Winery. She’s also in construction and is a mother of three, which one of her three children, Nothile is the daughter of the late Sfiso Ncwane – Ayanda Ncwane’s husband.

The reality star is no stranger to dishing out her personal issues in public.

The news of Nothile being Sfiso Ncwane’s daughter broke on Sorisha’s Diwali dinner. At dinner Nonku told Ayanda that she has a daughter with her late husband and gospel star, Sfiso Ncwane.

The Real Housewives of Durban has had many of Mzansi’s viewers sitting on the edge, not only by showcasing the luxurious lives these women live, but also the drama that they bring and Nonku seem to always be at the center of it.

Not so long ago, Nonku opened up about being mentally and physically abused – allegedly by her ex-husband.

On her Instagram Ms Williams shared an emotional video herself singing, the video had a caption that said, “My journey of survival and triumph’’.

Speaking to The Citizen Nonku revealed how she became part of the show. “I was approached by one of the researchers from production… I guess she had done her homework about me, looking at some of the cast she had put there,” said Nonku.

“Being on RHOD has been phenomenal. I learned so much about myself,” she added.

She went on to say with her experience she was now open to pursuing a career in television.

Out of the ladies who are cast members, it seems like viewers are more drawn towards Nonkanyiso Conco and Sorisha Naidoo, only because they don’t attract unnecessary drama.