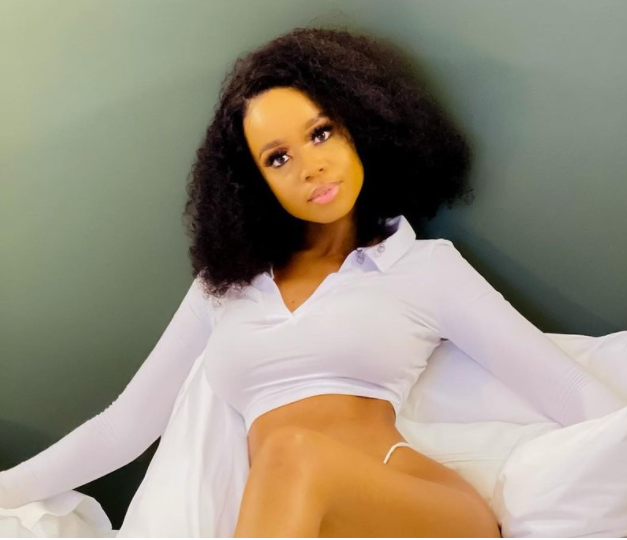 Just like anybody else, celebs love to have fun, but it seems like they take things a little bit too far sometimes.

Many at times, celebrities have been caught in unflattering or rather compromising positions that could have detrimental effects on their careers.

However, there’s always something new in the news and soon people forget about what those celebs did.

Here’s a list of celebrities that have been caught in s.e.x videos and let’s just say it was not pretty.

Former The Queen actress Ntando Duma, has taken to her Twitter account to break her silence after being inundated with questions on whether she was the woman on a viral sex tape, which set tongues wagging on social media. The sex tape which contained materials of a sexual nature, went viral with many people convinced that it was Ntando Duma. Ntando vehemently refuted the claims that it was her and reckoned that the woman bears a striking resemblance to her.

I legit almost believed that was me in that video 😂💔 yaze yafana nami leya ngane🥴 but for confirmation,It is definitely NOT ME and I would never do anything of that nature.

Have a good day everyone ♥️

This scandal had everyone’s jaw on the floor, more especially because he is a man of God. Bishop Israel Makamu was accused of asking for sexual favours from a young girl during a telephonic conversation. The long-running scandal saw many twists and turns. There was a time when the Bishop and his wife were said to have offered the 21-year-old (who was 17 at the time of the incident in 2017) hush money. However, Makamu came out to rubbish the rumours and accusations, claiming that the whole thing was a misunderstanding and he just wanted church keys. The victim eventually opened a case against the bishop, which was later alleged to have been withdrawn and it was alleged that the parties involved resolved the issue amicably in the presence of mediators.

SK Khoza is the bad boy we hate to love. SK’s character on The Queen is infamous for being a womaniser and tweeps had started thinking that persona is spilling into his real life. So when a video of him surfaced online where he was seen at a ‘s.e.x party’ many were left shook on the TL.

In the video, he was seen singing as he tried to get the TV to work while the women have their hands all over him. SK was also identified by the hoodie he was wearing in the video which is also on his Instagram account.

Just when people thought that was all, other videos were leaked where SK was seen dancing with the ladies at the party.

As a woman and mother to a daughter I'm so embarrassed myself as if I'm the one on the video. How to we expect man to respect us, if we can't even respect ourselves 😭#Shaka #jacuzzi pic.twitter.com/fAAGKeD9x7

The sex party was allegedly hosted by Sandile Mtshali and in a twist of events, the women allege that they were drugged by the host of the party. Although SK came out to apologize for his actions, one wonders if this will not ruin his career. The actor apologized to his family, fans, and to his disgraced employers The Fergusons.

My actions were unacceptable, I beg for forgiveness. I take full responsibility, especially at a time we are faced with a serious pandemic. I should have made better decisions. I need to do better. To everyone I have disappointed and hurt, I am truly sorry 🙏🏽

Could this have a case of mistaken identity or it was really him?

A video clip containing material of a sexual nature, which surfaced on social media, had many shooketh and thinking that their eyes were playing tricks on them as they thought the man who was captured on it, was SA’s award-winning rapper Cassper Nyovest. Many mocked Cassper saying his s.e.x tape has been leaked as the man who appears on it had many saying he bears a striking resemblance to that of him. However, Cassper took to Twitter to set the records straight and confirmed that it was not him. The musician even joked that the lockdown must come to an end because peeps are doing silly things.

The rapper’s response left many in stitches and breathing a sigh of relief that it was not him. Imagine how that content can ruin one’s reputation and career abruptly, we are all glad it was not him otherwise things would have been bad by now.

One thing that is hard to grapple with is when an official is caught with his pants down and it’s out there for everyone to see.

Malusi Gigaba had an exclusive sit down interview with Samkele Maseko.
Where he spoke quite openly about various claims that were at the time plaguing him, including one of the biggest scandals to ever hit the former Minister of Home Affairs – the s.e.x tape.

When quizzed about his personal life on eNCA, he said the following in the video below.

Malusi Gigaba and wife, Nomachule Gigaba were the face of embarrassment when the minister’s cellphone was reportedly hacked, which resulted in the leaking of a s.e.x tape.

Well to top things off, a DJ and producer by the name Kabelo Enosse Makinta decided to make a song out of the whole ordeal.

Well, they call her Queen Twerk and she’s always trending for one thing or the other. At most times, she’s always being portrayed in the negative light, but Faith Nketsi is one young lady who does what she wants when she wants.

A short clip showing Faith and her bae in a compromising position was leaked onto social media and it set the Twitter streets ablaze. That’s not all. Everytime Faith Nketsi trended on Twitter, that video seemed to make it’s way back to the TL.

To try and clear the air, Faith Nketsi had this to say about the whole ordeal.

“First of all, if I had to leak a sex tape, it would be a sex tape. Till today, I can’t explain how it got out but that was also very embarrassing for me but I got through it. It was with my boyfriend and we were on holiday, it was, I think our third or fourth year anniversary, I don’t even know how it happened, I was watching TV with him in the hotel room and boom, [we’re] getting calls, I really don’t know how it happened, till today I can’t explain that story.”

Well, we all need want to have a good time with our loved ones and friends, but we need to be discreet, right.