Mzansi celebs who have opened up about being bullied as children

Mzansi celebs who have opened up about being bullied as children 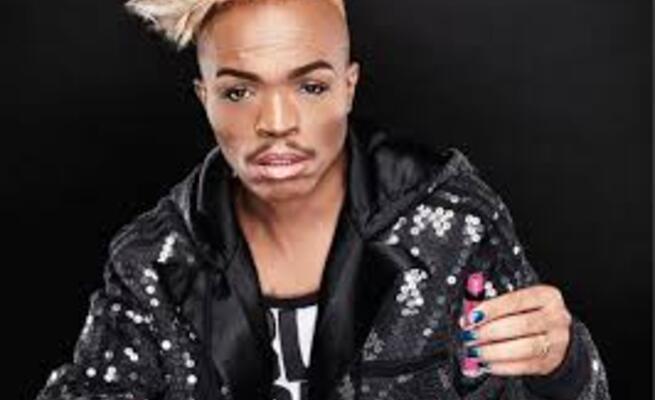 Some SA celebs have shared their own experiences of being bullied as children.

This after calls to end bullying among the youth.

Though we may know them for their larger-than-life personalities and capturing the attention of adoring fans, celebrities have also experienced the perils of childhood bullies.

Many often share their stories to relate to fans possibly going through the same experiences.

Here are some of our faves who were bullied as kids:

Known for being a vivacious and unforgettable media personality, the star had to face his own demons as a kid.

In an interview with Metro FM, the star opened up about a long-time friend from his childhood, Thabo. It was his birthday and he wished Thabo a happy birthday before opening about how he protected Somizi from homophobic abuse in the playground.

“He played netball and that is why I joined netball, to have a friend. He was confident and bold. Thabo would dust you up. If you said anything that was homophobic he would fetch you from class and it was on. I became his friend so that if anyone gave me problems, I would go to Thabo,” said Somizi.

“He was the first person who made me realise I am not the only one (who was gay) and there is nothing abnormal about me.”

Some of us learnt ukulwa because we were bullied. Not just at school but at home too.

Nokuthula, who starred in The River and Rhythm City, got real with fans about growing up.

Taking to Twitter in a now-deleted tweet, Nokuthula shared she was bullied to the point where she felt suicidal at a young age.

“I was suicidal at age 11. I was ready to tap out. Being dark skinned, very skinny with coarse hair. Being reminded that I was abandoned,” Nokuthula shared.

She said from the bullying, she had learnt how to fight.

“Some of us learnt ukulwa (to fight) because we were bullied. Not just at school but at home too,” said Nokuthula.

Though she has chosen to focus on mental health during her reign, Miss SA was bullied in school. Triggered by Lufuno’s death, Shudu took to her Insta stories to share how she was bullied as a minor.

“When I was 11/12 I got beaten up so bad by a group of guys and girls and I remember apologising so much. I remember the girls cheering on the guy who was kicking my ribs until I realised it wouldn’t help to stop it so I didn’t bother crying because I knew that wouldn’t help,” said Shudufhadzo.

“My mom knew a little about the bullying but never how bad it is was. I was in pain for about a week but I couldn’t tell anyone. The Lufuno story is so triggering. All I can see is how she just stood there and didn’t do anything because you get to that point.”

TV personality Nomsa Buthelezi opened up about the constant fat shaming and homophobia she experiences while trying to make it in an industry that refuses to give her a chance.

She revealed that she often faces homophobic slurs and doors closing.

“Have you ever been down but you keep smiling? I go through homophobic slurs almost daily but they never sat down with me and to know my sexuality is not a disease. In the industry, I keep on being told ‘you don’t look the part’, but they never gave me a chance. Kubuhlungu. Even those you call family spit on you.”

Last year she took shots at some in the industry who were trying to drag her down.

“In this industry, one can make you feel inferior because they themselves are empty inside, shame souls. I’m Nomsa Buthelezi-Shezi.

I’m content with myself and I don’t need to kiss your toes to make you like me,” she said.