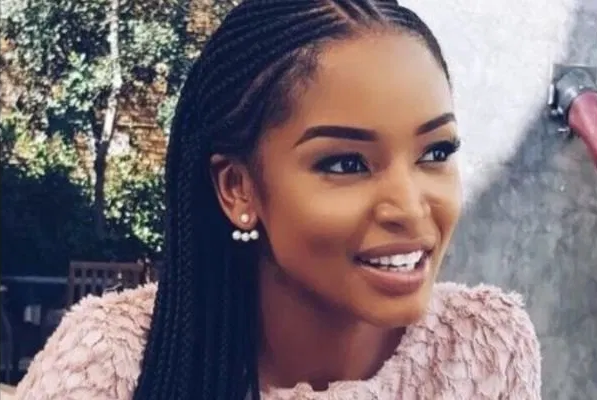 If you’re anticipating to feast your eyes on Ayanda Thabethe’s new bae, you’re in for a big disappointment. The personality wants to keep her new found-love private for now. So it will be some time before the beaut and her man serve couple goals.

Speaking to DRUM magazine, Ayanda said: “I’m in a happy, non-public relationship. I’ve learn’t that putting my relationship out there allows all sorts of negative energy and opinions.”

This comes after her split from a very public relationship with Dash (Zulu Mkhathini) last year November.

After weeks of speculation, Ayanda Thabethe came out to confirm that she and Zulu Mkhathini (formerly known as Dash) were no longer an item anymore and she’s said that she’ll always think the world of him.

Somizi had hinted about their break-up at the Feather Awards last year and attempted get Dash to collect Ayanda’s award in her absence.

Despite her break-up with the artist, the model told fans that they were on good terms at the time of the split.

During her interview, Ayanda further stated that she wants her new man all to herself and not in the public eye – which will help the couple focus on their careers and their dreams.

Perhaps the decision to keep her relationship away from the spotlight was also motivated by rumours that her alleged new boo Papi Rabolai had gotten down on one knee and popped the question. This after he left his baby mama to start a new chapter with Ayanda. The engagement rumours were denied by the media personality.

Ayanda’s career is blooming at the moment and she’d rather have that on the spotlight. She was announced as one of the hosts of Celebrity Game Night on E! Entertainment with ZAlebs Jason Goliath and Anele Mdoda.