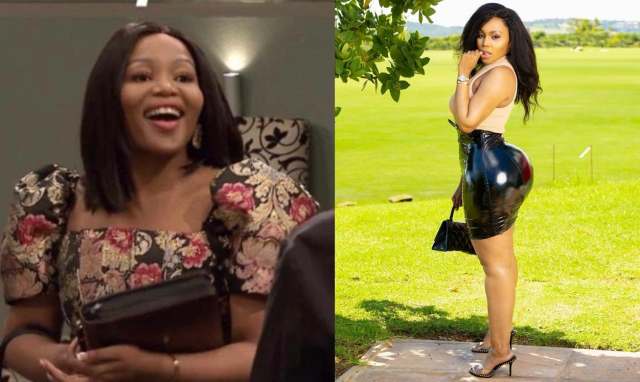 New TV drama actress Tebogo Thobejane is the quintessence of the soft life — and she’s unapologetic about her mythic Instagram lifestyle.

Last Friday, Muvhango’s 3.6 million viewers on average welcomed Thobejane with open arms and one scene she appeared in was enough to break the internet. For the first time in what seems like forever, Muvhango topped trending topics on Twitter — all because of one woman.

While she’s a breakout star to television viewers, 30-something Thobejane has risen to fame on social media for the last six years due to her stupendous lifestyle.

Her 347,000 followers that include Bonang Matheba, Thando Thabethe, Nadia Nakai, Kefilwe Mabote, Thapelo Mokoena and Kay Sibiya have marvelled at her easy, comfy, and fab content.

Men want to be with her and women want to be her. But how does she get this soft life that seemingly appears as though she does not have to break a sweat?

Thobejane is carrying the answer on her back.

She has embraced all the soft skills of having a mammoth rear. Her large b00ty gives Kim Kardashian, Buhle Samuels and Cardi B a run for their money.
“The reaction to my appearance on Muvhango has been a movie. I think it’s because people are craving for something new and different,” Thobejane says.

Let’s not front, her big derrière is the prime reason that Thobejane has grabbed headlines in the last week as wedding planner Belinda on the SABC2 soapie.

While many might believe that she got the role based on how she looks, Thobejane surprisingly holds an acting, live performance and producing qualification from Afda. Born in Dobsonville, Soweto, she has been tirelessly auditioning and waiting for her acting breakthrough for the last 13 years.

“I don’t think big b00ty girls like me get enough opportunities because we don’t fit the mould, which is weird because South African women look like me. Obviously, boys like my b00ty, which is what makes my Instagram page pop. S.e.x sells,” Thobejane says.
Thobejane returned home and started cashing in on the Joburg nightclub scene. All she had to do was doll-up and make an orchestrated club appearance, flirt, and have a drink with the customers. The rules are clear: you can look but don’t touch.

It doesn’t hurt if you start a live video on Instagram while you are at it and give your followers FOMO (fear of missing out). Careful before you judge Thobejane; this is the bread and butter of many of your “faves”.

Thobejane has turned it into a lucrative economic venture, so much so that she does club appearances abroad. Nigeria, Ghana, Kenya and Dubai often top her bookings. Locally, she’s mostly booked at Taboo Night Club, Black Door Lounge and Rockets.

“The money is good — and I’m talking five figures. I’m usually fully booked and hosting three times a week. So, it could be anything between R10,000 and R20,000 for an appearance,” Thobejane shares.

“That rate is for three hours mostly. I’m not going to give my exact rate because if I do then everyone will be competing with that. I have been in the industry for long and I have a client base.”

Thobejane doesn’t shy away from being called a slay queen.

As the mother of a 14-year-old, Thobejane admits that it has been tricky trying to explain certain things to her son.

“He’s my best friend because we grew up together. Motherhood teaches you to be sentimental and not self-centred,” Thobejane observes.

Thobejane confesses that growing up she was always bullied for her full figure. It didn’t make it easy that she was orphaned at a young age. Her mother committed suicide when she was 10 and at 15 her entrepreneur father was murdered.

“Growing up I was always known as Tebogo with the fat bum and had a low self-esteem as a result. At home, family members would make fun of me for wearing size 34 at age 18,” she recounts.

“I would walk into class and the boys would draw me on the chalkboard with my large b00ty and say ‘guess who?’ It was only perceived sexxy to be small.”

Thobejane says Covid-19 restrictions have slowed down her club appearance life. But that has forced her to do more acting auditions and Muvhango is just the beginning. Her dream is to appear on TV shows such as The River and Generations: The Legacy.

A trip to Los Angeles six years ago is what changed Thobejane’s perspective and gave her confidence in being b00tylicious.

“I discovered during that trip that club promoters in LA pay to bring girls into the club,” she recalls.

“So, we innocently went to the club just to have fun and when we left they gave us money.

“That’s the first time I realised that people want to see you host and pop bottles – while appreciating the shape of a black woman. Then I realised a lot of girls make their money like this.” 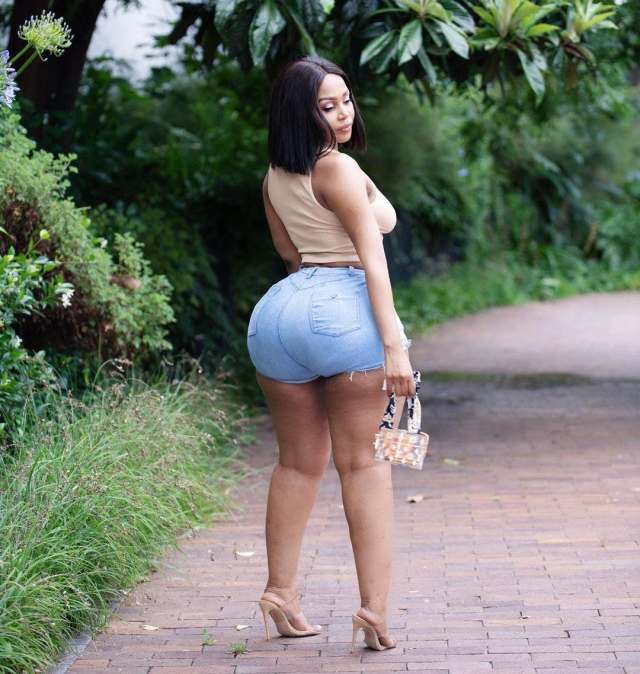