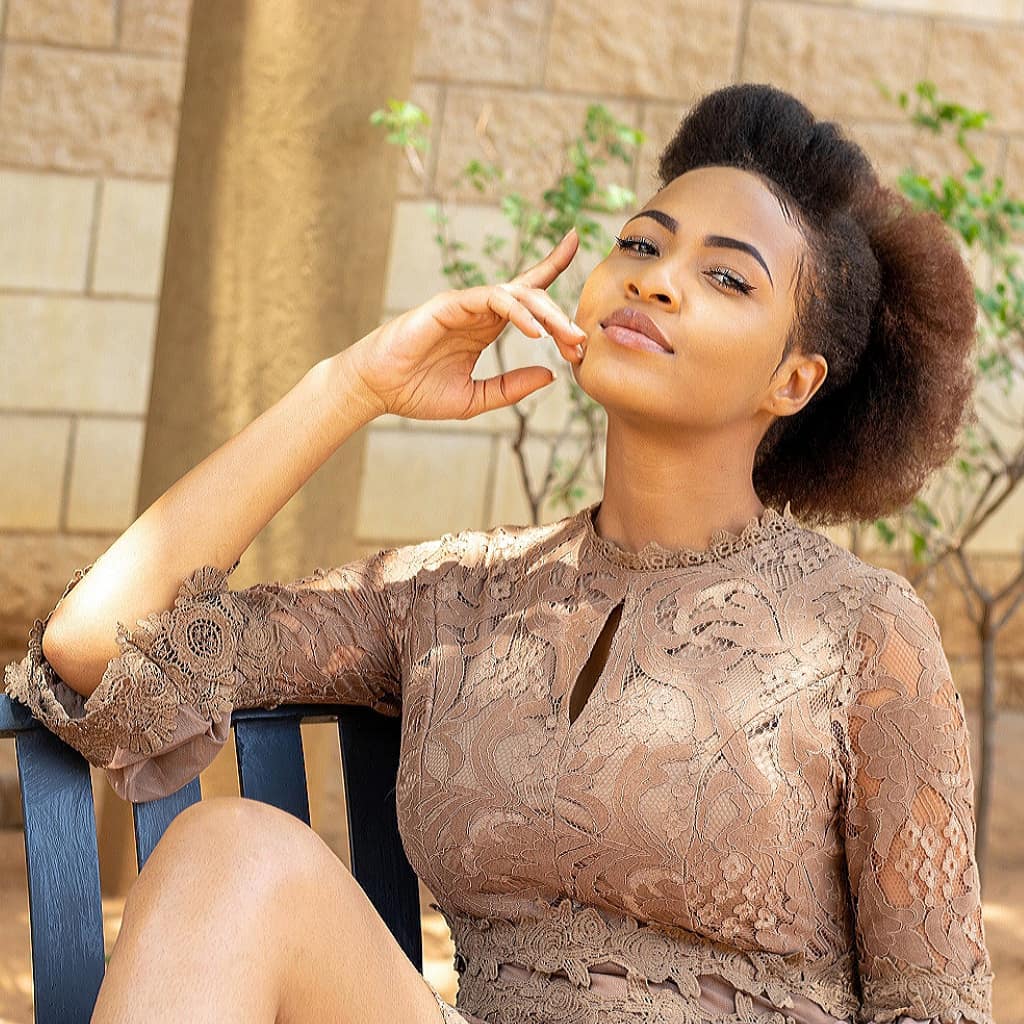 New Muvhango actress Angela Atlang, who plays Itseng Motsamai, says she is shocked and amused by rumours in her home country Botswana that she is a pr0stitute.

Atlang, who is a born-again Christian, said since playing Itseng – a seductive but hard and gritty woman who plies her trade as a str!pper – she has been inundated with calls from her fellow church members in Botswana reprimanding her for being a pr0stitute in South Africa.

The 26-year-old made her debut on the popular SABC soapie on August 16 as the estranged sister of James Motsamai, played by Dingaan Mokebe Kakhumalo.

Atlang, who has been struggling to get a break on TV, said some people even went as far as attacking her on social media.

“I am shocked that people are actually thinking that this is my real life. I am not a s.e.x worker, I am just doing my work,” she said.

She said that people needed to be educated about s.e.x workers as this is also a job for some. “The stigma is very deep,” said Atlang, adding that despite all the drama she was experiencing outside the set, she was enjoying every moment in the soapie. “

I am still the church girl I was when I left Botswana.