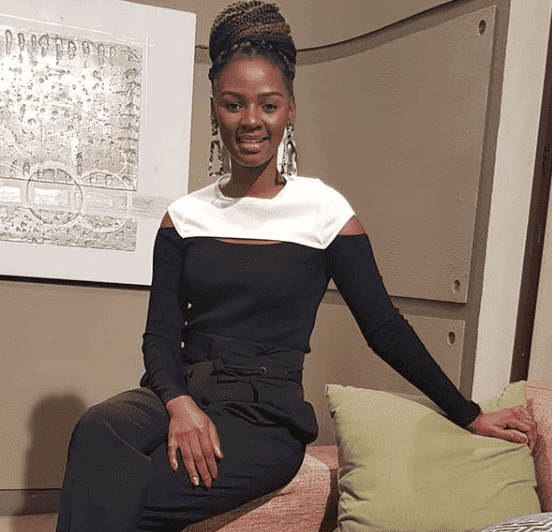 Muvhango actress Zonke Mchunu, who plays Imani in the drama, is in a state of shock after she nearly lost an eye.

This after a woman who accused her of being a man snatcher chased her out of a mall and attacked her “for stealing James from Marang”.

In Muvhango, business power couple James (Dingaan Mokebe) and his fiancée Marang (Sharon Seno) had what looked like a solid relationship but it later ended on the skids after James cheated with Imani.

The incident happened last week while Mchunu was doing her shopping.

What started as a peaceful shopping ended up in catastrophe, when a fan started following her.

“At first I thought she wanted to take a picture but was too shy to ask,” said Mchunu.

According to Mchunu, she did not pay attention to the fan.

“I still don’t understand how she spotted me because I was wearing a mask.”

She said it was only when she was approaching her car that she realised something was amiss.

“I just thought it was weird that I kept on bumping into the same lady, but I continued minding my business.”

But hell broke loose when the fan pushed her from behind and asked how she walks the streets knowing that she is a home wrecker.

“At first, I laughed because I thought it was someone who liked the show, was referring to my character. Little did I know she meant business.”

Mchunu said the woman, who had long and sharp nails, did not waste time as she tried to punch her while she was reaching for her face, snatching off the doek she was wearing.

“I was still shaking. I just froze, it is only when she nearly poked my eye, that I realised this lady means business. I was lucky when a gentleman approached and asked what was going on.” Mchunu said she loves and respects her supporters but acting is her job and not who she is.

“I know people get attached to certain characters, but this incident left me doubting the career path I chose.”

Mchunu added that she is not angry at the fan. This was not the first time that she was mistaken to be one of the characters she plays in the SABC2 drama. She has received death threats.