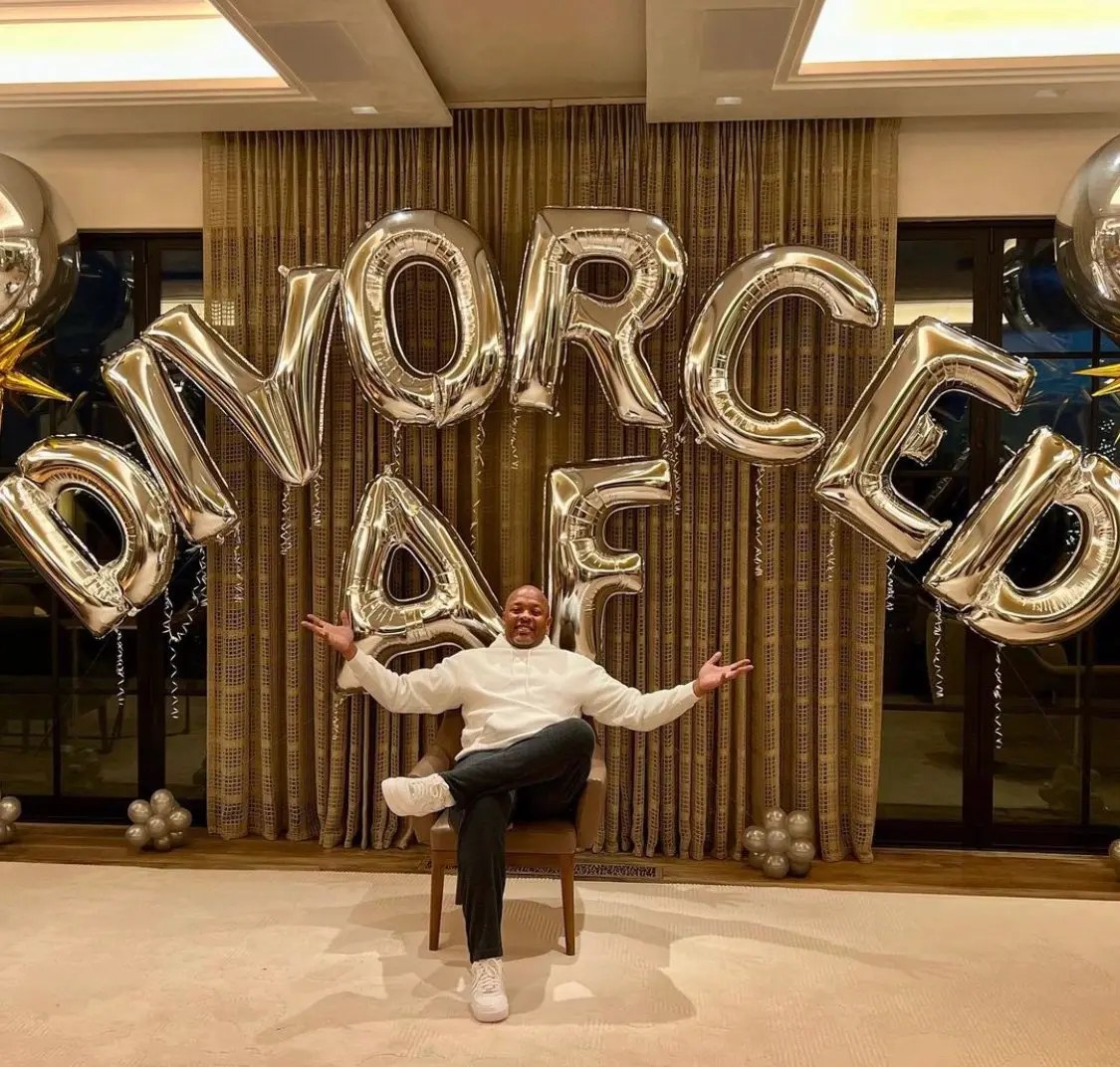 The ink is barely dry on his divorce papers, but Dr. Dre is celebrating his newly single status in the only way he knows how – with a party!

The music mogul has finalized his high-profile split from wife of 25 years, Nicole Young.

This after a hotly contested legal battle that saw the couple air their dirty laundry in public.

Dr Dre – real name Andre Romelle Young – and US lawyer Nicole married in 1996. At the time of their meeting, Nicole was still married to her then-husband Sedale Threatt.

The Aftermath Entertainment founder pursued Nicole by writing her a love letter persuading her to leave her spouse. They tied the knot after dating for three months. The former couple share daughter Truly Young, 20, and son Truice Young, 24.

According to Nicole, she filed for divorce from Dr Dre over allegations he was physically and emotionally abusive throughout their marriage. She also claimed he regularly had episodes of “rage” and even held a gun to her head on multiple occasions.

“Andre has verbally and emotionally decimated my personhood to the extent that I currently suffer from post-traumatic stress syndrome,” she stated in court documents

Dr Dre denied the allegations, despite his history of abusing his partners..

The estranged couple embarked on a $1 billion legal battle over Dr Dre’s $50 billion dollar empire, as they fought over the validity of their prenuptial agreement.

Dr Dre has since been ordered to pay Nicole monthly sum of $293,306 (R4,7 million) until she either remarries or “enters into a new domestic partnership, death of either party or until further order of the court.”

Whilst Dr Dre made no mention of his divorce on his own social media page, his close friend and fellow music producer Breyon Prescott posted the picture of him celebrating the occasion

In the picture, the 56-year-old is seen smiling in front of a display of gold balloons which read; “Divorced AF”.

And it seems many of the star’s fans are just as happy as he is.

Responses in the comments section read;

“Congratulations! Here’s to the next chapter!”

“The streets are waiting!”