Moses Tembe: I’d avoid getting involved in AKA & Nelli’s issues, they were not yet married

Moses Tembe: I’d avoid getting involved in AKA & Nelli’s issues, they were not yet married 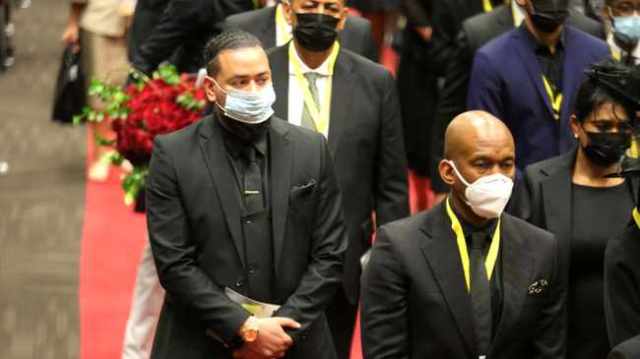 Anele “Nelli” Tembe’s father, Moses Tembe, says last month was the most difficult time of his life after the death of his daughter, who allegedly jumped to her death off a Cape Town hotel’s 10th floor.

Moses Tembe was commenting yesterday after his daughter’s fiancé AKA, whose real name is Kiernan Jarryd Forbes, broke his silence in a statement issued at the weekend in which he denied being investigated by the police in connection with her death.

Tembe said he had decided not to get involved in the ongoing “investigations and legal issues”, but was aware there had been many “issues between my daughter and this guy”.

“As a father, who is also a traditionalist, I would refrain from getting involved in issues involving a girlfriend and a boyfriend, people who were not yet married,” he said, in reference to Zulu culture.
“You know, I cannot get myself involved with people who are still dating. But I know there were many issues between them, but most of those my daughter would rather share with her sisters,” Tembe said, adding that he was still reeling from the untimely loss.

AKA’s statement, which he shared on social media, comes after reports by a local publication which shared images where AKA reportedly broke down a wooden door to enter a room that Nelli was in.

According to the report, the incident allegedly took place on March 13 in their apartment in Bryanston, Joburg.

In his statement, AKA said there were people who he trusted with their relationship issues that were now using them as weapons against him.

He said that he would not stand watching people attempting to disparage his name and his fiancée’s character to suit a narrative report they never signed up for.

AKA said their relationship challenges were worsened by the pressure of being in the public eye, which they too played up to.

He said he was fully aware of who the “sources” engaging with the media were and what their intentions were.

“Their intention is to influence the SAPS inquest … the investigation officer has stated … numerous times that I have not been named a suspect.”

Provincial police spokesperson Colonel André Traut said: “The circumstances surrounding the inquest are still under investigation and at this stage there are no new developments.”