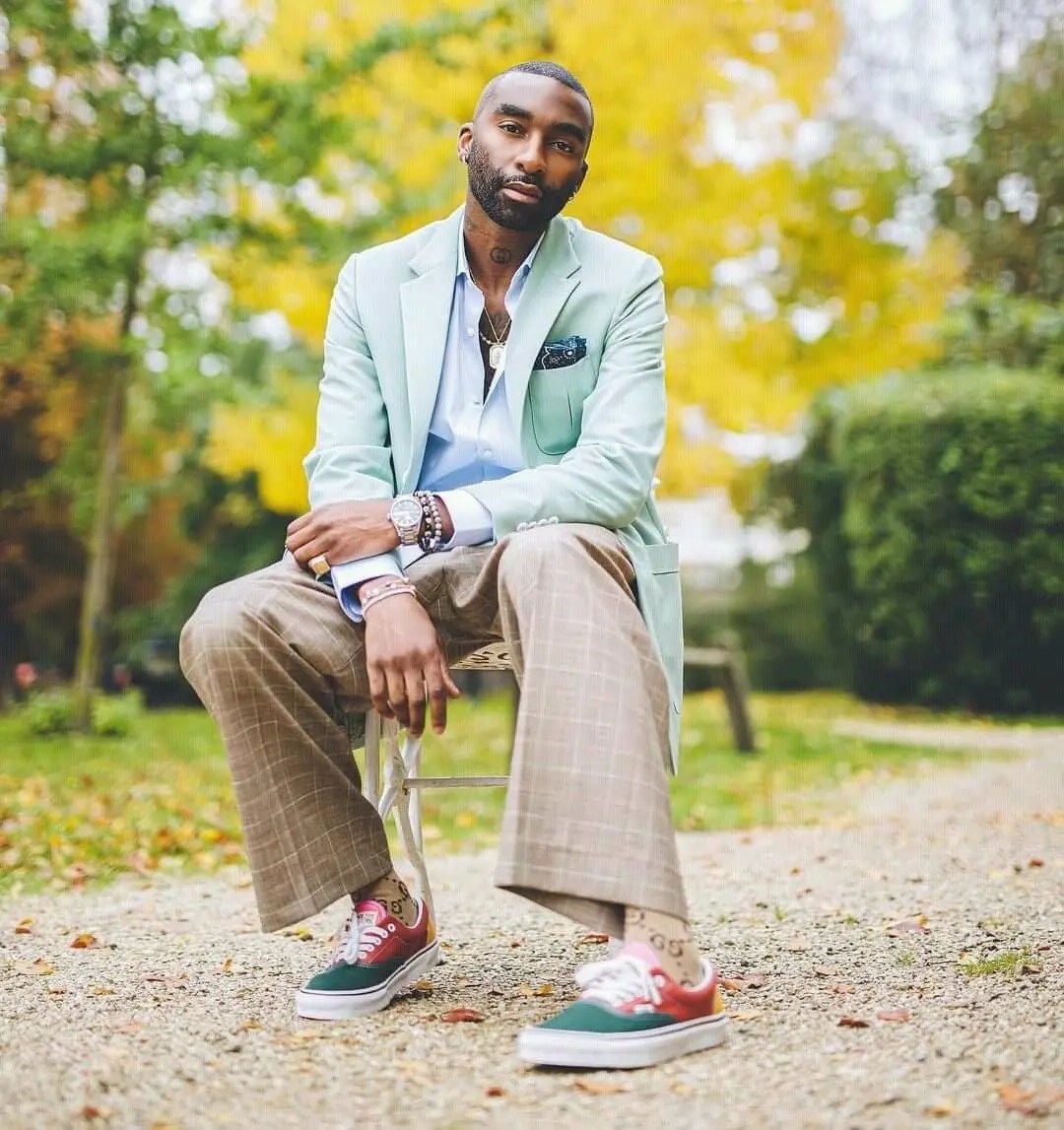 Mzansi is really still in shock following the rapper’s death and condolences continue to pour in!

Before he shockingly ended his life this week, hip-hop megastar Riky Rick left an emotional message in which he prayed for his wife and children to forgive him for his decision to kill himself.

In a suicide note Riky Rick, whose real name was Rikhado Muziwendlovu Makhado, pleaded with his family not to blame themselves “for the unbearable life” he led.

The recording superstar, who reportedly struggled with severe depression, took his own life by hanging himself with a rope in his music studio, a mere heartbeat away from his home in Waterfall Estate, north of Joburg, on Wednesday morning.

As news of his suicide began to spread, certain quarters on social media began circulating rumours that he had ended it all because his marriage was on the brink of collapse.

However, the two suicide notes the widely celebrated musician penned in his last moments paint a picture of a man who was happily in love with his wife, Bianca Naidoo, and loved his two children so much that he believed the world would be a better place for them without him.

Leaked to the publication by a source in the artist’s inner circle, the two notes, one addressed to Naidoo and the other to his children Maik and Jordan, the Sidlikotini hitmaker said he committed suicide because of the severe pain he endured and the too many voices in his head.

Directly addressing his wife, he wrote: “Dear Bianca, this pain is too much. I don’t want you to blame yourself for my life being unbearable.

This was the greatest period of my life. You gave me more love than I deserved. Please do not blame yourself. Live your life. Don’t hide the light you gave me every day.”

He then went further to explain his heart-rending decision as he apologised to his wife.

“I’m sorry for being the one who gives up but the pain I feel is too much to deal with. The voices in my head have never gone away.

I wish I was stronger but I’m not. Please forgive me. I love you so much. Be Happy. Smile. Everything is okay now,” reads the note.

On the second note to his children, the Boss Zonke hitmaker also apologized to his son Maik, who wanted to be like him, and pleaded with him to follow his passion.

“The other night Maik said he wants to be just like me. Not better in the sense of useless achievement, but better as in choosing the right path for his heart.

Follow your passions my son. Your world is bigger than anything you could ever imagine. I love you !!,” he wrote.

It does appear that Ricky Rick took time to put together his painful feeling on paper during those last moments as he penned another message to Jordan, whom he said was an inspiration to him and the best thing that ever happened in his life.

“Jordan, the best thing that ever happened in my life. You taught me so much about life. Thank you for being so good to me.

Thank you for being such an inspiration to me. I love you. I’m sorry. Keep each other close. Love each other. Please don’t blame yourself. I cannot take the pain. I love you,” he wrote in his parting shot to Jordan.

A police officer, who did not want to be named because she is not allowed to speak to the media, said Riky Rick was found by his wife and his management hanging from the rooftop of his studio.

She told the police, said the source, that she went out and when she returned home, she found the garage door open with the doors of his car wide open.

“She looked around and when she couldn’t see him, she alerted his management team, who rushed to his studio which is not far away from the house. When they arrived there, they found him dead.

They decided to rush him to the hospital, hoping for a miracle but when they arrived in the hospital, the medical team that examined him, declared him dead,” said the cop.

The officer said Bianca refused to make a statement to police as she was still too distraught to talk about the incident.

“We have opened an inquest docket for investigation. Police cannot confirm or deny a suicide note written by the deceased,” he said.