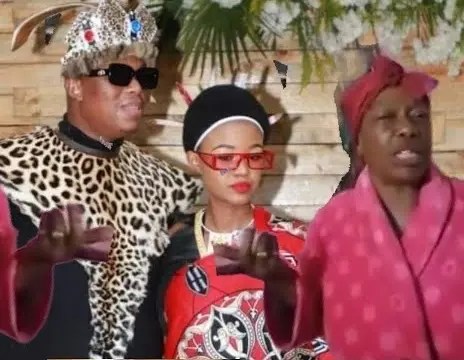 Babes Wodumo has promised her mamazala a hail of hot klaps – and she’s done it in a live Instagram video.

In the video, clip Babes can be seen swearing at her husband, Mampintsha, and his mum, Zama Mnguni.

“I will beat you up and if that fails, I will send my brothers to do it!” she said.

“He comes here and makes excuses for his mother, but I don’t care,” she said.

“His mother is always asking for money. She’s a drunkard. There’s nothing you can do if your parent is from a shit family.”

“Why must I apologize when she’s the one who must apologize to me,” she said.

Viewers commented on the video.

Nqobile Zulu commented: “This is an embarrassment especially to Mampintsha.”

Nonhlanhla Kubheka suggested that she gets help.

“It’s not good that such talent goes to waste,” she wrote.