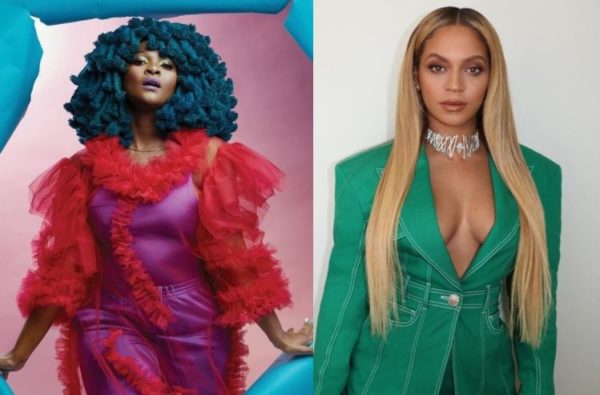 Moonchild Sanelly decides to remind South Africans that she’s operating on a higher level, as she’s friends with one of the biggest artists in the world, Beyonce.

Well, it’s no doubt that the two know each other, as the South African singer was among the feature artists on the American’s star latest project, which is Black Is King.

After announcing that she’s friend with the superstar, she further urged fans to confirm from Beyonce.

“When u approach me Pls remember IM @BeyonceFRIEND! Ask her,” Moon tweeted.

Moonchild appeared in the Beyoncé-curated album The Lion King: The Gift on the track My Power alongside Busiswa.

When u approach me
Pls remember IM @Beyonce FRIEND!
Ask her 😘