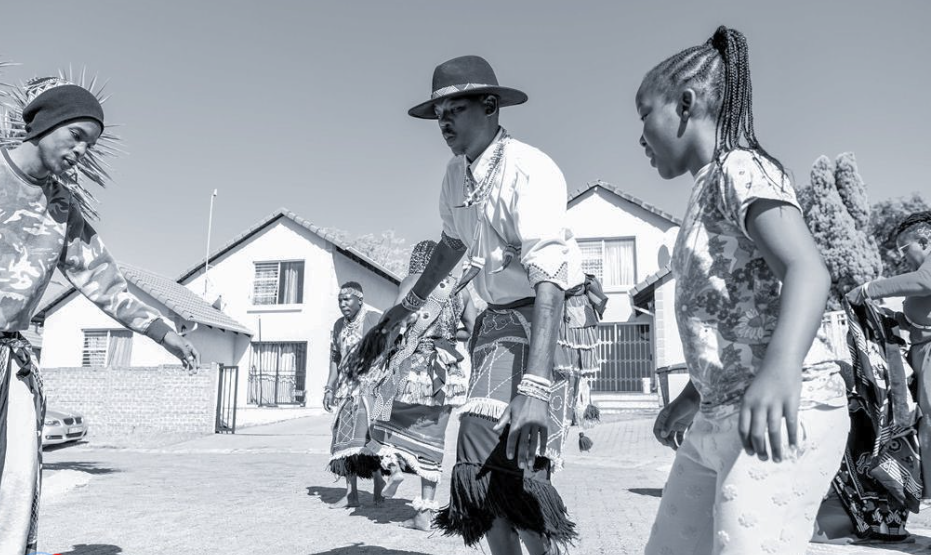 It’s been a long journey of healing and spiritual growth for the Mahlangu family. Reality TV star and wellness enthusiast Mome Mahlangu revealed on Tuesday that her husband, Mongezi, had accepted his ancestral calling.

It hasn’t been an easy journey though, said Mome . Mongezi’s first spiritual awakening seemed a mental issue at first, in November 2020.

“It first started at home and I thought, he’s just talking to himself … When it first happened I called my sister and told her I need to pray … we’d give him sleeping pills and he wouldn’t sleep,” she says.

Mome decided to admit Mongezi at a psychiatric hospital with the hopes that he’d eventually be well, and leant on prayer.

“I was the one who took my husband to a psychiatric hospital in November last year thinking that he was going crazy. He slept there for two weeks and I’d wonder what’s going on … the two weeks that he spent there I was praying with my sister. When he came out of there he was not OK.”

Mome says she had a dream of her husband going through a spiritual awakening before it even happened.

“I dreamt of Mo’s journey four months before it happened and that’s what made me realise that this spiritual thing is real. When I have a dream I tell him, so that when it happens, he knows I told him. And I told him we should pray and we’ll see what happens … Another close friend then had a similar dream to mine and told me. So when it happened to him, I was not shaken.”

This journey had them as a family and individuals interrogating their Christian roots. Having been brought up in a Christian family, Mome says she had never been introduced to the ancestral tradition.

“I grew up going to Grace and Rhema … To be honest with you I never believed in amadlozi, right now it’s my opportunity as an adult to relearn what I was taught and I’m learning it to teach my children.

“I don’t pray to my ancestors, I pray to God. I will never stop praying in my life. There’s a lot of things that I survived because of prayer.”

The reality TV star recalled Mongezi accompanying her to an interview while she was monitoring him and says there was a lady who approached her telling her that her husband had an ancestral calling.

“It has been a challenge for me as it was for my family. I can’t let my husband die because I’m a Christian, I can’t sacrifice his life … that would be selfish.”

With her understanding of spirituality now, Mome says that she’s candidly sharing the journey on her platform to destigmatise issues of religion, tradition and culture.

“I wanted to get rid of the stigma that has affected our generation so badly – that’s my belief – and I feel that we as a people, we have not been honest with each other for decades … what’s the point of us going through something if we can’t talk about it, especially us in the public eye.”