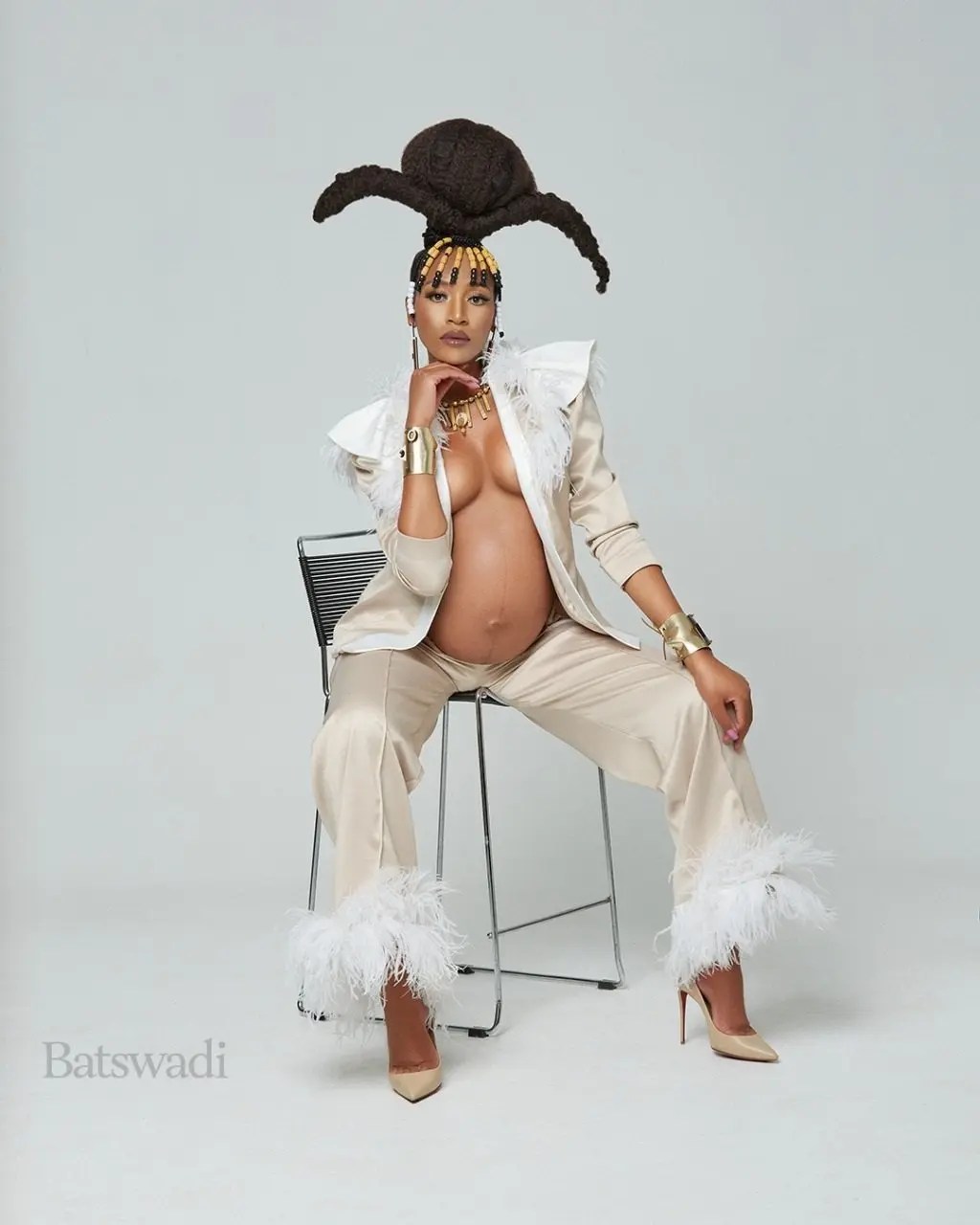 MEDIA and reality TV personality Blue Mbombo has opened up about her pregnancy journey.

Blue, who made her pregnancy reveal on Valentine’s Day, shared that she failed dismally at her first attempt at falling pregnant.

“I did things wrong. There was medication – as advised by my gynae. I was meant to take it before ovulation. I misunderstood the instructions and took them the other way around. I’m still confused with how the whole thing works, to be honest,” she told Batswadi magazine.

“I had a cyst in my womb and the medication was meant to help lessen it. I actually found out that a lot of women have cysts, but can still conceive. Although not severe, I wanted to be safe and have mine thinned out to heighten my chances of falling pregnant. Everything worked out for my good and in our second month of trying, my prayers were answered.”

The new mum-to-be also shared that she did not want to know the gender until the reveal party because she wanted it to be a surprise.

“At the end of the day, we just want a child, whether it’s a boy or girl. Low-key, I’m wishing it’s a girl. I want a mini me, twinning outfits and to be mum and daughter goals. I do have a potential name for the baby, my partner has his and my mum has hers. We’ll decide which one we go with once we know the gender.”