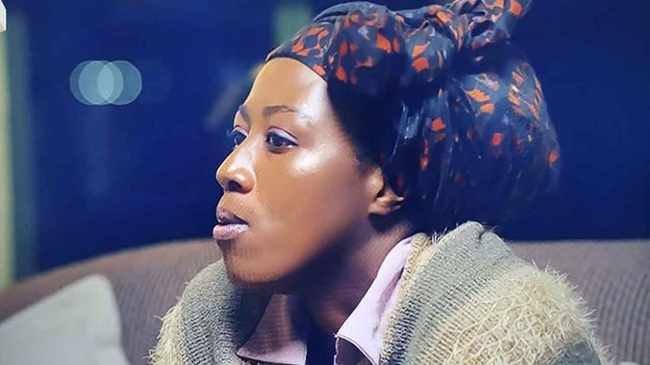 MAKHOSI Shelembe who appeared on Mzansi Magic’s Mnakwethu last week is caught between a rock and a hard place!

The verbal fight got nasty to the extent that Ncumisa pulled out of the baby shower.

Judging from their Facebook posts, they were organising a baby shower without each other’s knowledge.

The first baby shower was organised by Nomfundo and is set to take place in Richards Bay on 25 September.

The second was organised by Ncumisa and scheduled for 26 September at the Durban Botanical Gardens.

However, Ncumisa decided to cancel the Durban baby shower, citing a disagreement between herself and Nomfundo.

In a lengthy Facebook post, she wrote: “I specifically requested 24-26 September 2021 because I did not want her memory of this month to be her humiliation on national television. She agreed to the dates verbally and in writing via text.”

“I spoke to Nomfundo and laid my cards on the table and made a few suggestions to accommodate all the women who wanted to shower Makhosi with love. She made it clear that her plan was not flexible in any way but promised to speak to her committee and get back to me in an hour with a resolution.”

She said Nomfundo later sent a text saying she was a bit busy.

“At around 12pm I called Nomfundo and based on the content and tone of the conversation, I came to the decision to cancel,” wrote Ncumisa.

But Nomfundo denied she gave Ncumisa an attitude.

“We’re continuing with our plans at Richards Bay. The date is still 25 September. We can still combine these baby showers as per Ncumisa’s wish. If she feels my tone was rude then that’s her problem. I am hurt but we need to understand that this is about Makhosi. I don’t understand why Ncumisa is being dramatic but its fine, I’m told she is generally like that.”

In an attempt to calm the storm, Makhosi also took to Facebook to address the baby shower issue.

She said: “I am happy about the baby shower and there are two dates. One is on the 25 September and the other one is on the following day. I’ve accepted both invites and I hope no one is offended by this. I’m therefore asking for unity.”