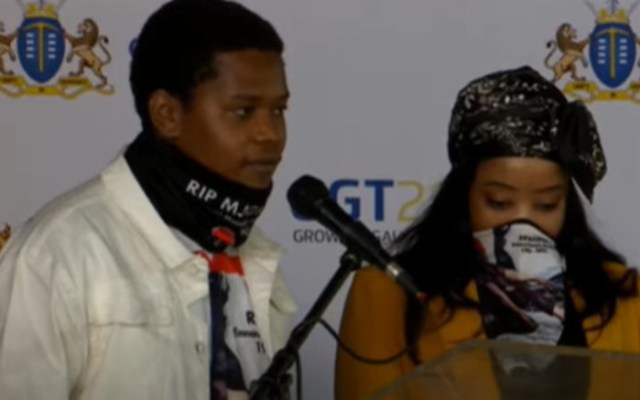 The son of music star Emmanuel ‘Mjokes’ Matsane has said his father would have wanted everyone to come together and work through their loss. He said his father taught him that the only thing that matters is love.

The funeral service of the late Trompies member took place in Soweto on Saturday.

He passed away in a car accident last Sunday when he was returning from a performance with his bandmates in Meadowlands, Soweto.

Matsane was reportedly driving to his home in Dhlamini.

Mjokes, as he was affectionately known, was the lead vocalist of the renowned kwaito group and quickly became a household name with hit tracks such as ‘Sweety Lavo’.

In a moving tribute, Matsane’s son said his father lived life to the fullest.