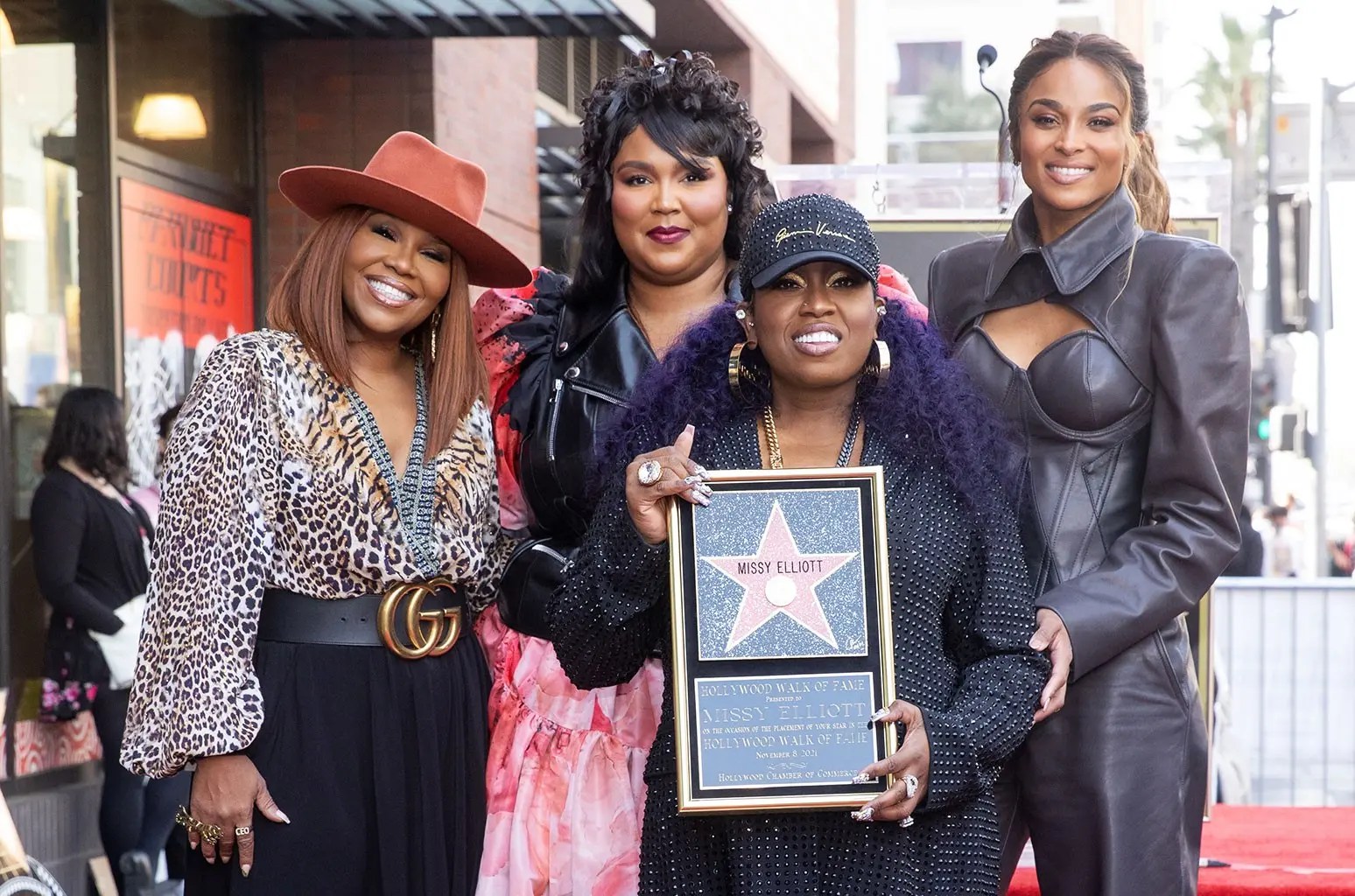 Missy Elliott was honored today with her own star on the Hollywood Walk of Fame. During her speech accepting the honor, she shouted out her “sisters in hip-hop” and specifically “the godmothers”: Queen Latifah, Monie Love, Sha-Rock, Angie Stone, Roxannne Shanté, Yo-Yo, MC Lyte, and Salt-N-Pepa. “Y’all are the backs that we stand on,” she said. “Y’all are the foundation.

Elliott has “broken through the barriers of the male-dominated Hip Hop world, and music industry as a whole, as she has led the way for many women who have followed in her footsteps,” comments Ana Martinez, Hollywood Walk of Fame producer. “She continues to break barriers year after year and we’re thrilled to be able to honor her on the Walk of Fame.

Elliot is now the proud owner of the 2,708th star on the famous walkway.