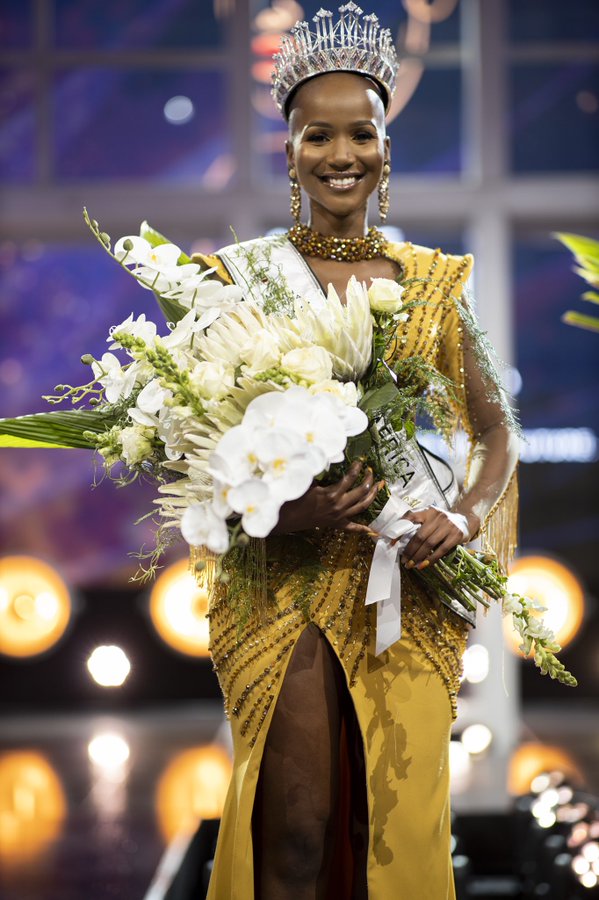 The Miss SA organization has weighed in on the cyberbullying directed at the reigning Miss South Africa Shudufhadzo Musida.

This follows after she posted pictures of her looking breathtaking in a stunning bikini which perfectly shows off her banging body and curves and some tweeps were not impressed.

Speaking to TshisaLive Miss SA CEO Stephanie Weil, has slammed hate directed at Shudu and said the beauty queen is currently on a much deserved holiday after a whirlwind and demanding timetable following her crowning.

“In response to social media comments about Miss SA posting images of herself in a swimsuit, taken at her apartment on the weekend, we would like to point out Shudu has been on a well-deserved holiday after a whirlwind and demanding timetable following her crowning in October last year, a period in which she also completed her honours in international relations at the University of Witwatersrand.”

The beauty dominated the Twitter trends list yesterday after posting the pictures and several tweeps weighed in on her showing more of her skin with some saying she is not “fulfiling her Miss SA obligations.” Although some complimented her banging body some tweeps felt she has not been tacking burning issues which affects the masses.

@isbhamuu wrote: “As much as I love Shudu she hasn’t been influential…besides the body positivity she hasn’t spoken on any current societal injustices , no encouraging words regarding the virus , charity work donating to people affected by the pandemic , naaaaathing just hot girl summer,” she said coupled with many laughing emojis.

@Stha_Tomose also commented: “I’m sure somewhere somehow, Miss SA does have her duties. I’m not against the half-naked pics, but I would love to see her doing Miss SA duties, if there are any.”

Some came to her defence and said with the level 3 regulations shutting down events, she probably cannot raise her voice higher. When she scooped the crown Shudu said she will focus more on mental health during her reign. The beauty queen said she will continue to create awareness on important social issues such as mental health as she believes it is a major problem in the country.
“During a time like this with Covid-19, Black Lives Matter and Gender Based Violence when there is a lack of compassion we tend to lose a sense of the reality around us and I think every single person deserves a bit of kindness, helping one person can cause a ripple effect, you might be helping one but you might be helping out the entire nation because you do not know what that person will go out to do, so that is the message I could South Africa, to remember the collective responsinbilty to be kind a commitment to rebuilding our society and always practicing compasssion.”

“For me personally mental health is something that is not really spoken about, it is cosidered a taboo that is often engaged with not to rehabilitate but to shame, so I’m actually bringing that conersation forward its time our society needs help and to stand together to confront this and tackle it,” she explains.