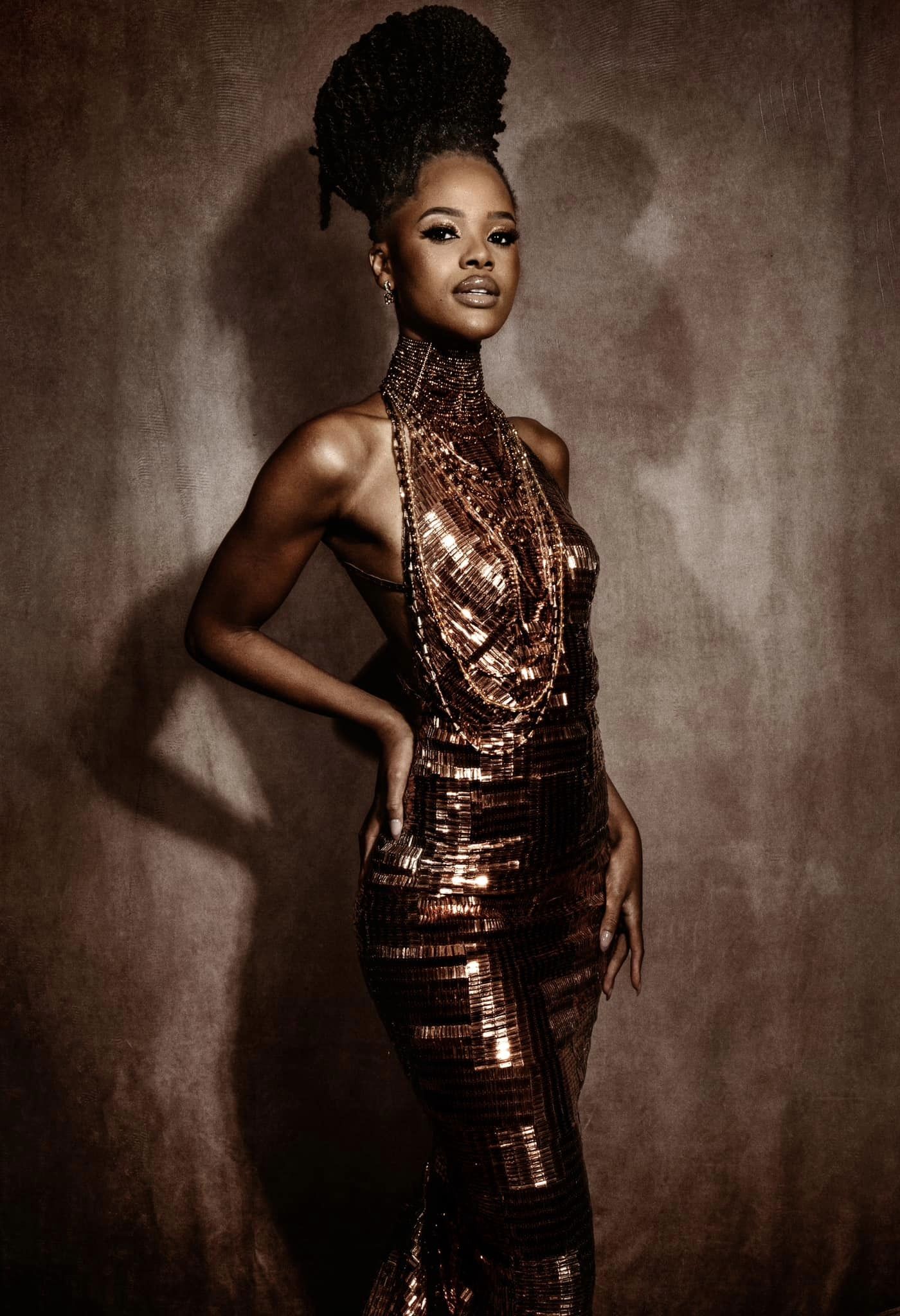 It’s 3 days to go before the 71st Miss Universe Pageant Finale, our Miss South Africa Ndavi Nokeri is already receiving quite enough backlash. Mzansi is quite not jumping for joy for the dresses she has showcased and continues to showcase at the Miss Universe preliminary competitions.

Still, in the preliminary stages, Ndavi Nokeri has already showcased the National Costume which has hit a miss with scores of Mzansi. Evidently, the National Costume was underwhelming enough that it had people outraged and calling out both the designer as well as the creatives behind its construction.

“Normalize tagging people who are involved in the creative process of all of this, so we can bully them into quiting cuz WHAT THE ACTUAL FUCK IS THIS NONSENSE?????” wrote Mpilo Khumalo

Normalize tagging people who are involved in the creative process of all of this, so we can bully them into quiting cuz WHAT THE ACTUAL FUCK IS THIS NONSENSE????? https://t.co/FnBAL0NYMP

As soon as the Miss South Africa Academy revealed Nokeri’s dress that will walk the Miss Universe stage today. Another score of Facebook users did not beat around the bush to raise their concerns once more over the construction, style as well as message, and inspiration behind it.

Evidently, people’s reservations over tonight’s dress have drawn enough spotlight as they took under Miss South Africa Academy comments to insert their concerns. It appears people are also reminded of how poorly South Africa performed at the Miss Universe Pageant back in 2000.

Tapiwanashe Mutsimba wrote “The last time we took a fashion risk was in 2020 and we know how it ended. I don’t know jus crossing my fingers & hoping for the best”

Aphiwe Sodlamba wrote ” I don’t think it was smart of them to dress her in such a long dress knowing very well that Ndavi has short legs. A slit would’ve released her and it comforted for to walk freely”

Anele Anale Sihange wrote “I hate it when these gowns always try to have a meaning, in theory they work perfectly fine but in practical terms, it’s mostly a miss and in this case – the gown is a miss and it is underwhelming. It’s just copper, beaded copper”

The Miss Universe Pageant finale will take place on the 15 January, 2023 in New Orleans, USA.