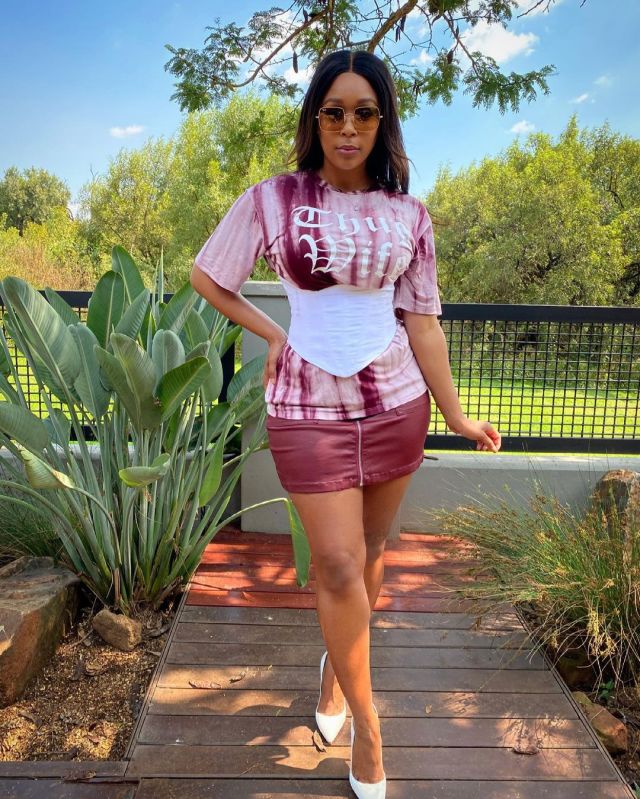 Some people were destined for greatness. Minnie Dlamini is one of Mzansi’s most loved celebrities. The actress and businesswoman is a new mother to a baby boy. As expected she doesn’t disappoint when it comes to the mother department. She is back at work on Homeground and has been serving looks. 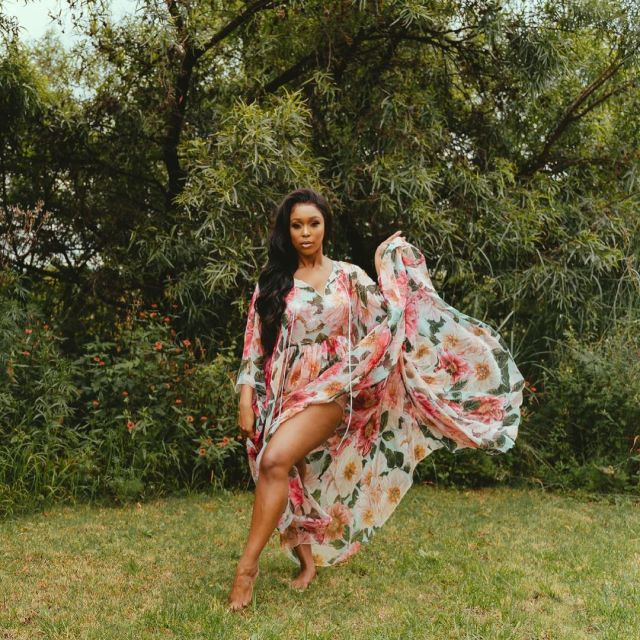 She recently got accused of lying by black Twitter. She mentioned that she knew former news anchor Noxolo Grootboom since she was four years old. When they calculated her mother was pregnant with her. They ended putting her in the category of celebrities that have lied in the past.

She has been in the industry for many years hence she has mastered the art of ignoring bad publicity. She has shared a picture wearing a tshirt written thug life. She looks insanely beautiful and it is safe to ask where is the waist. She is giving new mothers a huge motivation. Netha is definitely giving her a glow.