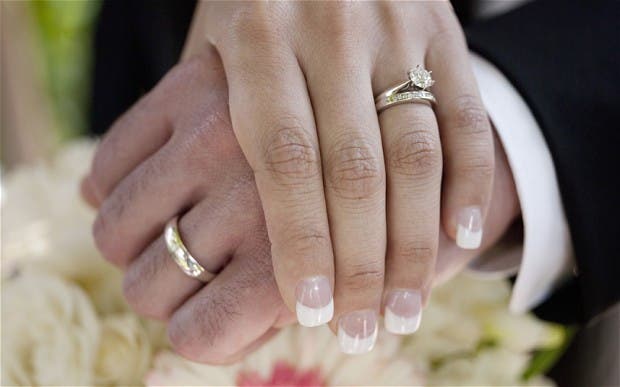 While the possibility of allowing women to marry more than one husband remains, Home Affairs Minister Aaron Motsoaledi has rubbished claims the government was pushing for this to become law.

The issue has since sparked debate in the country following the release of a 67 page green paper on amending the marriage laws in South Africa.

“The green paper contains no commitment to action, it is more to stimulate discussion,” said Motsoaledi.

“From the debates, I have listened to, it became clear that many commentators did not bother to read the green paper document.”

The green paper is not the official government position, it is only to articulate possible policy options based on inputs received.
Motsoaledi has condemned what he says is a misleading narrative on the proposed marriage policy.

He said the aim of the green paper was to bring all marriages under one law.

Among other things, he said the proposed legislation is aimed at recognizing marriages conducted according to Muslim, Hindu, and Jewish rites.

“Why can’t [we] have a person in a far rural area go to Moshate or Musanda to have their merits of fishery solemnized by a traditional leader, a king or queen, or any member of the royal family who is trained and certified by Home Affairs for such purposes?” Motsoaledi said.

“Why should we remain with a situation where other religious leaders cannot perform marriages according to their religious rituals?”

He said that the present laws have “many gaps, omissions, and weaknesses” which easily exploit minors.

“Non of the existing laws prevent minor children from getting married, hence a girl below the age of 18 and a boy below the age of 17 can legally get married as long as their parents are prepared to send them off to such ill-conceived marriages by signing a consent for them.”

Motsoaledi said that four out of 10 marriages end in divorce before the tenth anniversary and it was disheartening that most of these divorces involve minors.

“It is for these reasons the department started discussions about marriage laws of this country,” Motsoaledi said.