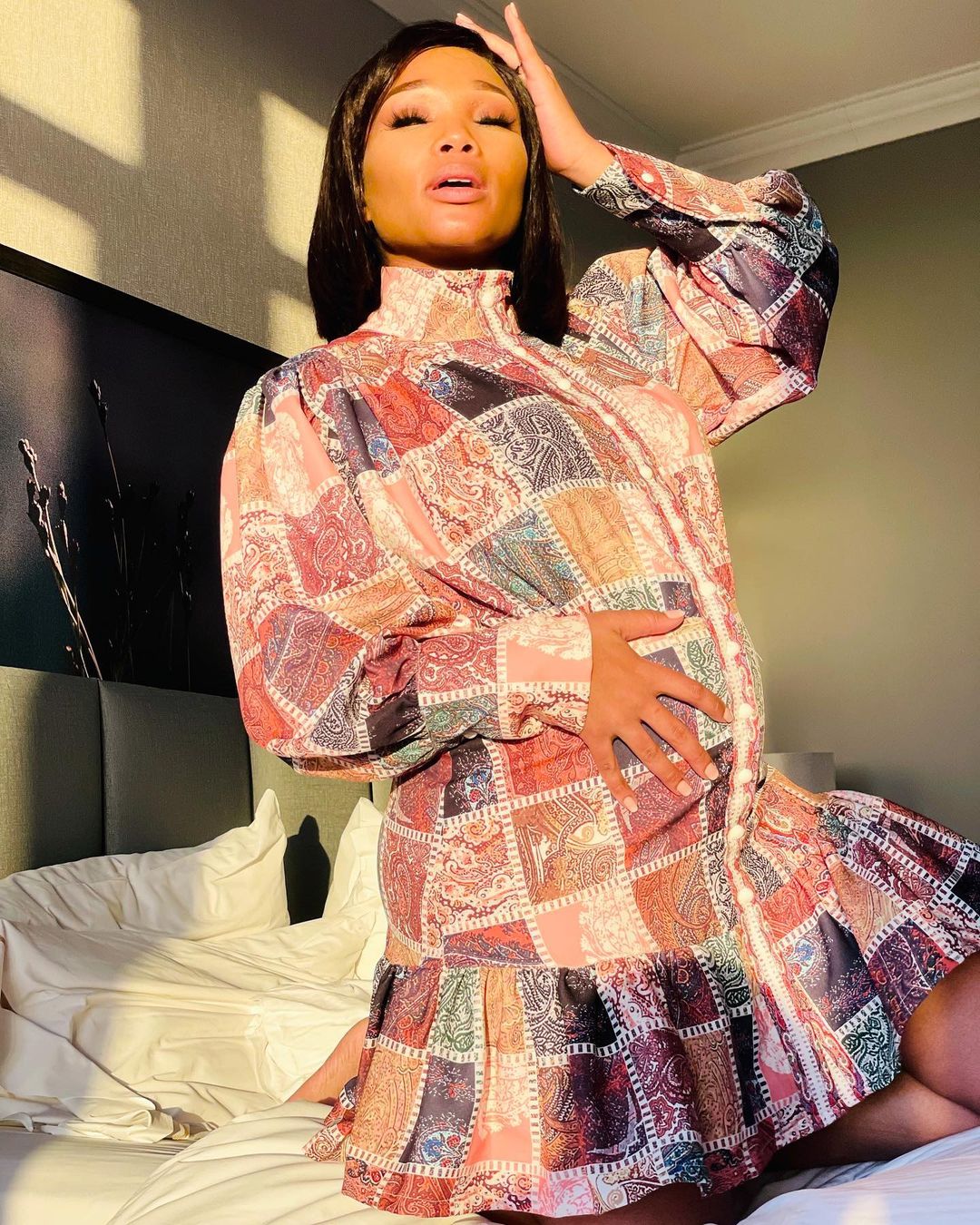 Lifestyle influencer Millicent Mashile has revealed she is expanding her family after she posted images from her baby gender reveal celebration.

Millicent and her husband Pontsho Mashile are expecting a daugther. The couple hosted an intimate gender reveal party in early July with Millicent’s twin sister, Skeem Saam actress Innocent Sadiki, and her family to celebrate the big news.

“We wanted it to be intimate because we have a big family. It turned out to be so beautiful, and I think it was a good choice my sister made,” Millicent told TshisaLIVE.

“I’m really excited. This is something she really wanted for the longest time, for so many years. Her twins are turning 11 so it’s been quite a while. It feels like a miracle baby,” said Innocent .

They have been keeping the pregnancy news on the low and had hopes of extending the secrecy but, Millicent is six months pregnant and says she’s ready to share it with her fans.

“I would have loved to keep it longer before I announce but, I could see I’m doing a lot of campaigns. I think we had a nice discrete six months to ourselves,” Millicent said.

“I first knew I was pregnant during my graduation in April [because] I was fatigued and knew something was up but I had not done the test. I had planned to do the test on the day of my graduation but ended up doing it the next day.”

Millicent and her husband have dubbed their baby girl a miracle as they have been trying to expand their family for five years.

“We have been trying for at least five years to get pregnant. My husband wanted a baby girl. I think it’s a bonus from God because I had received Innocent’s daughters as my own but my husband was not content.”

Millicent has twin boys and said they have been excited to assume the role of big brothers and are already bonding with their baby sister while in mommy’s tummy.

“They’ve been asking for a baby sister. They got exactly what they wanted. They spoiled me quite a bit. They are always lying on my tummy and rub my belly. They are really affectionate children.”