Mihlali speaks on her relationship with Leeroy Sidambe

Mihlali speaks on her relationship with Leeroy Sidambe 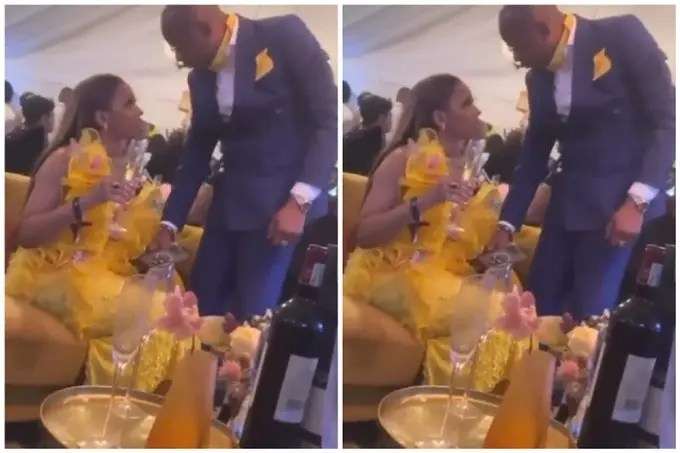 Twitter has been abuzz about beauty influencer Mihlali Ndamase’s romantic relationship with wealthy businessman Leeroy Sidambe. In an interview with Nounouche, Ndamase addressed her relationship with Sidambe highlighting that she “does not see the need” to speak openly about the relationship. The 25-year-old influencer also makes it clear that she did not come in between Leeroy’s marriage with his estranged wife, Mary-Jane.

The pair are currently living it up in Mauritius at the One&Only Le Saint Géran with close friend, Idols SA host Somizi Mhlongo.

Mihlali Ndamase has trended on Twitter several times this year for her relationship with Leeroy Sidambe. The pair confirmed their relationship on 23 July when Mihlali reposted a cozy image with Leeroy on her Instagram stories. It was also rumoured that the pair had tied the knot at Leeroy’s Johannesburg home.

This came after Sidambe’s estranged wife, Mary-Jane, was allegedly caught cheating before Leeroy and Mihali started seeing each other.
“It is alleged that Mary-Jane had an affair with businessman Thabo Emmanuel Rabali while she was still married to Leeroy. The affair ended after five years,” claimed celeb bloggers, The Popcorn Room.

In an interview with Nounouche, Mihlali made it clear that she would only speak openly about her relationship when she is married.

“I am crazy in love,” added the beauty influencer.

She also addressed the picture she posted on her Instagram story confirming her relationship with Leeroy.

“The timing to post each other was not right. He posted and I reposted his story. People will always have their opinions, it doesn’t affect me. I am a firm believer in living my life the way I do. I also understand the responsibility I have as a public figure so I am conscious about it.”

On the topic of people’s opinions, Mihlali said she normally does not pay attention to “social media noise”.

“However, I cried for the first time recently, I was overwhelmed. I am human, certain things will get to me,” she explained.

“I found myself questioning [the] intentions and motives of people close to me. I felt let down. It hurts when you feel like you are being betrayed by those you trust.”