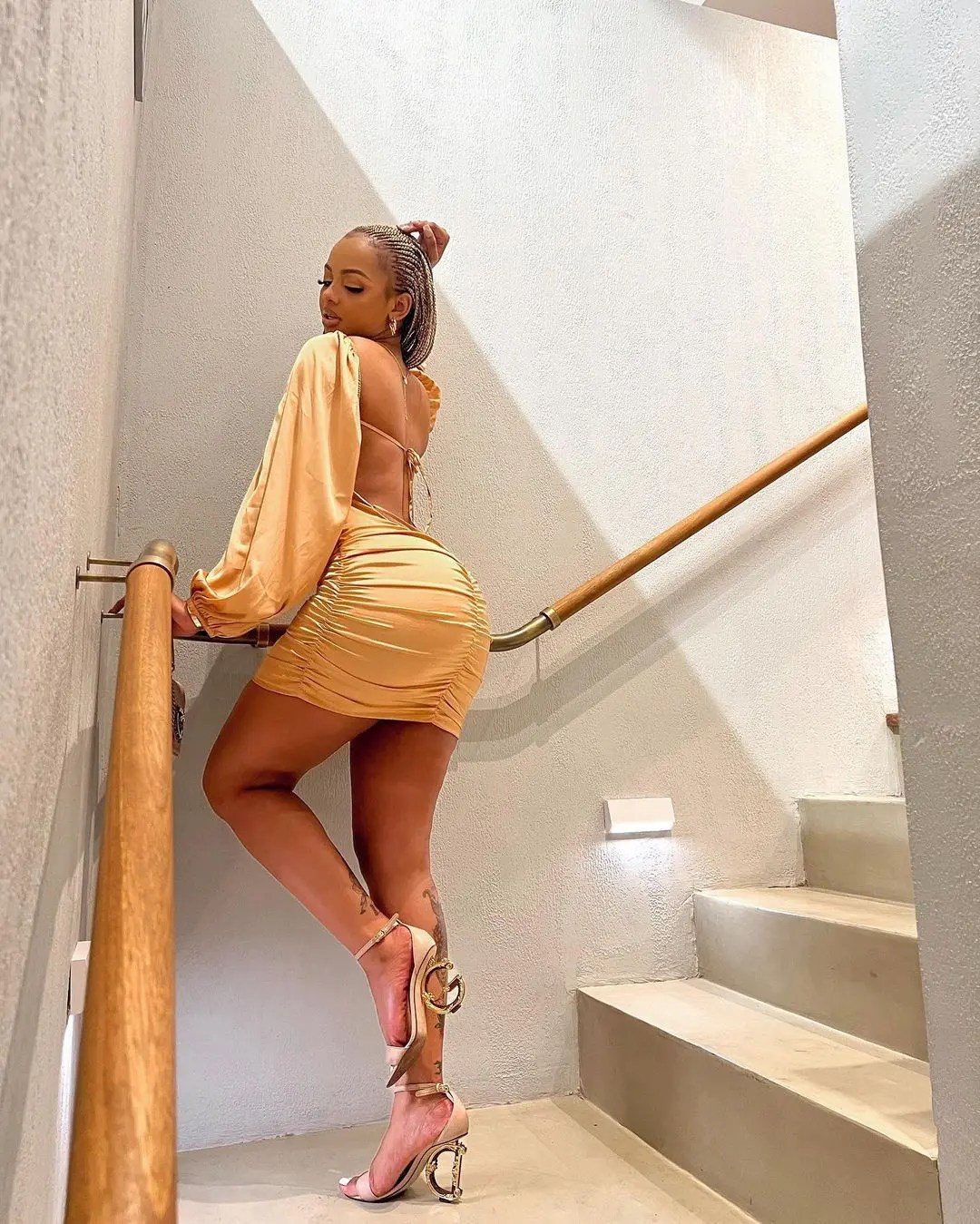 Mihlali Ndamase has been single for a long time – as far as we know. Now it looks like it is starting to get to her, and her recent tweet has the men knocking down walls to get to her.

The beauty vlogger went on Twitter, saying she would like to get a hug, specifically from a man.

As you can imagine, men were lining up to be the ones to give her the hug. Just from the comments, there were several guys who saw a prime opportunity to shoot their shot, but it doesn’t look like she will be considering any of them soon.

I can even give a small shoulder massage 😊

Others, as you would expect from Mzansi, saw a deeper meaning in the simple tweet. The fact that she specified that she needs the hug to be from a man, made them conclude she meant something more than just a hug… what they called a “special hug”, if you know what I mean. Well, that suggestion was even more welcome, and we can only imagine the number of DMs that that simple tweet attracted to her inbox.

This was an interesting change of pace for the YouTube sensation, as she is often trashing South African men, and sometimes, men in general. She regularly finds herself in trouble with Mzansi men after she calls them something bad, like suggesting that they are not good people.

I guess at the end of the day, no man (or woman) is an island, and everybody gets lonely. Is this a sign that she is turning around and may stop bashing SA men now? Well, knowing her and her social media history, we wouldn’t hold our breaths, as it is highly unlikely. Either way, it was nice to see this moment of openness and vulnerability. Even the rich and famous are people too, right?