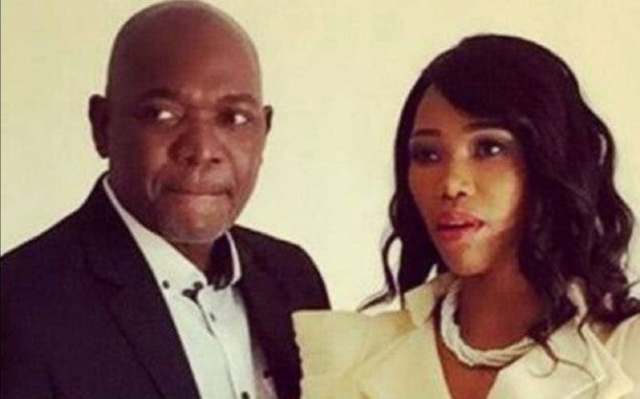 After the passing of veteran actor Menzi Ngubane, many of his industry peers and admirers poured their souls out in wishing him a peaceful departure. When Mfundi Vundla paid his respects in an interview with a local publication, many accused him of crying crocodile tears.

A video has resurfaced where Menzi Ngubane spilled the beans on how Mfundi Vundla mistreated he and several other actors on his hit soapie Generations. If you may recall, Mfundi fired the entire cast of the soapie because they demanded higher pay. Instead of raising their salaries, he hired a brand new cast and renamed it to Generations: The Legacy.

However, it was Menzi Ngubane who suffered the most under his leadership as he was severely sick in some instances but was still required to film various scenes.

In the video, Menzi reveals that he had been bedridden for 7 weeks but when he was discharged on a Thursday, he got a call on Friday from Mfundi saying he needs to return to work on Monday. Giving him just a weekend’s rest. Obeying his rules, Menzi Ngubane got to work as weak as he was and still gave it his best despite being sick.

“As weak as I was, 7 weeks in the hospital, I did not complain. The only important thing I had to do was go to work and make money for them, which is fine. I woke up on that Monday to go and work, as weak as I was. Every now and then they gave me a small chair to rest on. I did 6 to 10 scenes a day, as weak as I was,” said Menzi during a press conference.

Watching this video saddened me. 💔

Mfundi Vundla suddenly acting like he cares about the death of Menzi Ngubane. A man spent 7 weeks in hospital, fighting for his life… and all he was given just a weekend at home to rest, then go back to work. 😕 pic.twitter.com/O8VUvttb91

Disregarding his treatment towards Menzi and many of the actors, Mfundi told TshisaLive that his death was a great loss to the local entertainment scene. “It was so sad. I stood there in shock. He was one of SA’s most talented actors and it is a big loss. He had health challenges but always bounced back. I am devastated.

“I will always remember him as a great artist. He was very professional and a role model. Young people wanted to be like him. He stood out. He leaves behind a legacy. Thank goodness there is a record of his work that will always remain in tribute to him, something that can never been taken, for generations to see and be inspired by,” he told the publication.

Mfundi Vundla addressed media & told the public how he paid for Menzi Ngubane's medical costs & said he wasn't expecting him to join strike by #Generations16. He told all who cared to listen how Menzi couldn't afford to pay hospital bill. Then went on to fire whole cast via email pic.twitter.com/lTd3xFqUZi

People, let's not forget that when Generations staff got fired Mfundi Vundla went on air n claimed Menzi Ngubane is the only one whom hes willing too take back…. Menzi declined, said he would be backstabbing future actors… It takes a real man too give up his salary n fight🙏