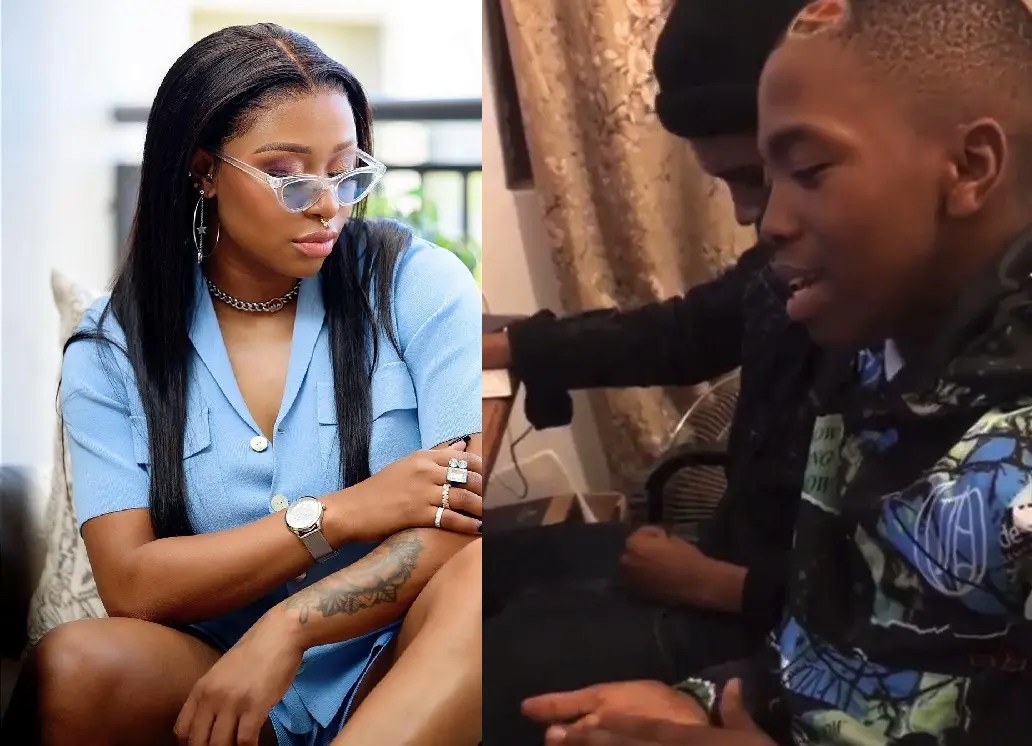 The star was unable to hold back her tears after listening to it took to her Twitter to share her feelings.

In the song, Mfana Kah Gogo, real name Sipho Mbonambi, talks about the hardships he and his family faced and how his grandmother would work day-in and day-out just so they could not get hit by hard times.

He is then asking her to be happy as there is still time.

He also reveals that his father died when he still in grade 2.

That was when he had to go out and look for work as times were very tough.

DJ Zinhle re-posted the video and said her fans already know that she loves to cry and that his video made her tears flow.

He was touched by this and so he thanked Zinhle and said as people who are going through hard times they do need to open up sometimes.

Mfana said: “Thank you my sister. We need to open up and talk about the hardships we are facing.”

Trying to comfort him, Zinhle said, “I love you.”

Mfana Kah Gogo remains hopeful that he will one day get to work with DJ Zinhle, “I love you too. Can’t wait to work with you if the Lord agrees. You are the Queen of Music.”

I’m glad that you guys already know that I cry a lot because this video of @RealMfanaKaGogo made me weep.