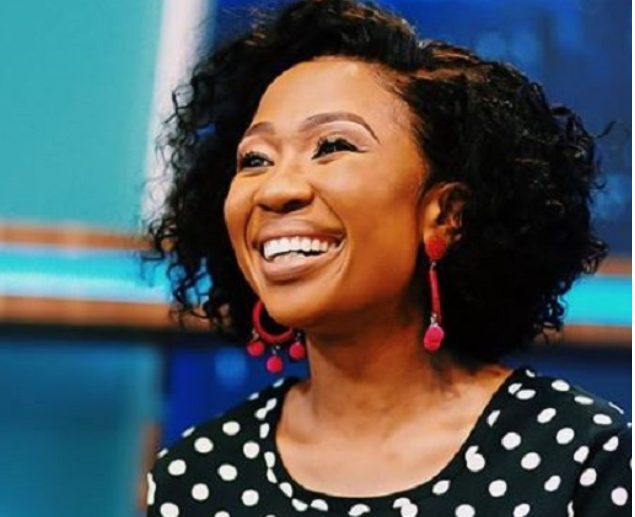 Metro FM’s Dineo Ranaka has denied calling a listener “stupid” live on air after inviting listeners to call in and weigh in on her show’s wildly popular #AskAMan segment.

An anonymous woman called in to the station to lament her situation with her cheating husband in the show’s advice segment.

Judging from his timeline, Twitter user @leboganglethuba can’t get enough of #AskAMan as he tunes in regularly and shares his opinion on the callers’ situations.

“#AskAMan, why are majority of women so stupid. Why would you practice another man’s cultural stuff while he doesn’t do yours. Come on woman yerre” wrote the user in a since-deleted tweet.Ranaka, who saw the tweet during her show, responded to Lebogang live on air and Twitter users who were listening took exception to her response. Another Twitter user came to Ranaka’s defence after having seen the tweet she was responding to by highlighting Lebogang’s original use of the word stupid.

@dineoranaka I know you are frustrated to Lebos comment but remember you are on radio, you must come yourself down and teach him in and good and friendly manner #AskAMan

Ranaka weighed in on the discussion on Twitter and put her foot down about men being disrespectful and verbally abusive towards women.

I didn’t lose my temper. I was very firm. It’s important to use this platform to manage verbal abuse against women. It’s uncomfortable listening to a woman being firm on radio right? The expectation is for me to be girly right? No sir, not when women are being verbally abused https://t.co/jn0PSe5avd

She then explained her use of the word “stupid” while responding to the Twitter user about #AskAMan was a reclamation project in reference to what Lebogang was implying in his tweet.

I didn’t use the word stupid to insult him. Listen attentively in future. I have reasonably high EQ and fully understand my work, it’s ethic and expectations. I used the word stupid to claim it and reuse it as a compliment to us “Stupid” women https://t.co/HuBVotNiK6

Ranaka then left the Twitter user with a piece of advice to help him better navigate #AskAMan in future.

Thank you for your unsolicited advice. I would consider using it if you had listened attentively and understood the tones of sarcasm that I used.

My advice to you is to please try not listen under the influence of your male ego in future because you will be offended often https://t.co/f2KCyybT1D

I take it you are a man who has NEVER cheated on a woman before right?

Don’t use my platform as a means to justify your discomfort. Your discomfort stems purely from the ridiculous expectations you have as a man that she should be loyal to you alone. Silly when you aren’t loyal https://t.co/lkdw3nk0HX

Metro FM DJs have in the past come under fire for how they speak to listeners. We wonder if this means Ranaka will get the chop.