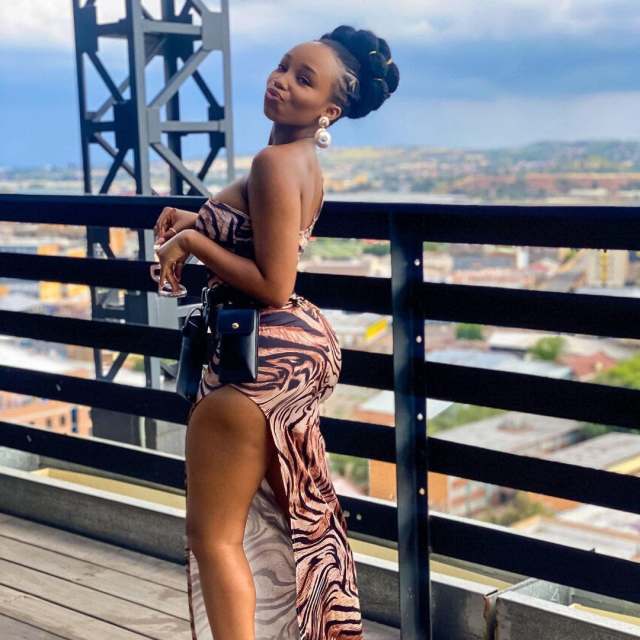 Actress and TV presenter Candice Modiselle is licking her wounds following her break up. With no remorse whatsoever, men in her comments section have been shooting their shot.

The beaut took to Twitter to announce that she is a single woman once again and is heartbroken at the fact that she has to learn someone new all over again when she decides to date again.

“I really have to start dating from scratch again?!” she exclaimed. As soon as her prospective suitors flooded her comments section with requests and raunchy pick-up lines, she quickly told them where to get off. “Yoh hah.ah. This is not a call for applications..”

“I’m right here, I’ll be your rebound, and hopefully you’ll start from scratch with me…Lol and please don’t judge me, only God can do that, I’m just trying my luck.”

“Waiting for you. How far are you?” Another said, “Look no further.”

Yoh hah.ah. This is not a call for applications… 😩

Even though she never revealed the said man’s identity, Candice had been linked to former co-host Siphesihle Vazi. The two are former colleagues on SABC 1s, Selimathunzi and their chemistry had fans questioning whether the rising stars are more than just friends and colleagues.

topped fans from coming up with their own conclusions about the nature of their friendship.

A troll decided to overstep when they implied she had broken up with Priddy Ugly. The rapper is married to her sister Bontle Modiselle.

The couple’s marriage has been under attack for the longest time and Candice has had enough of it. Speaking about her admiration for her sister Bontle and brother in law’s marriage, she placed them both on high accord. Angered by the disrespect and mockery towards the two, she revealed that the couple is unmoved by the hate and are busy securing their bags as well as raising their daughter.

“Honestly. The most unwarranted disrespect, for sh*ts & giggles. I admire how unmoved they are by the noise. 2 people harmlessly going about their lives, married, in love, collectively securing bags & raising the most gorgeous little girl. I’ll forever stan, 11 years & counting.

“In this home, we celebrate & protect young healthy black love. I can never doubt God’s existence because I’ve seen his love manifest through this family,” she wrote.