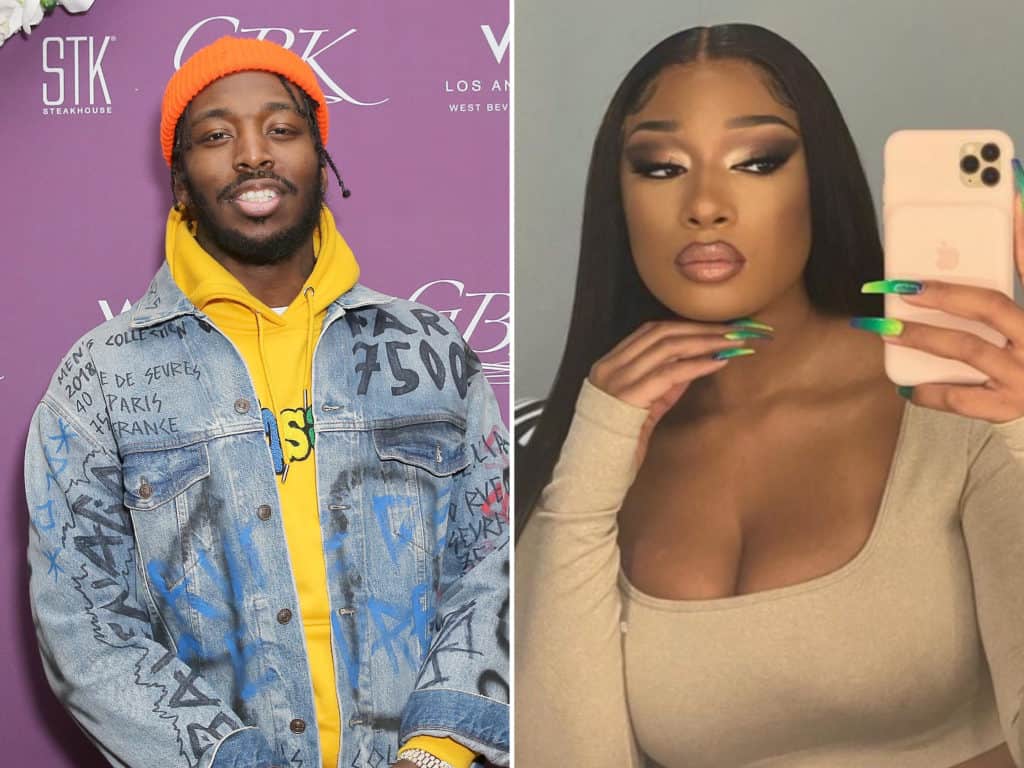 Megan Thee Stallion has confirmed that she is dating fellow rapper, Pardison Fontaine.

The 26-year-old star revealed during an Instagram Live that she is dating fellow rapper Pardison, 31, and she went on to gush about his performance in bed.

She said: “Yeah, he my boyfriend. He too fine and he big, I like that. We was in the bed and I was like, let’s take a break. Let’s revisit this…But no, he is so perfect.”

Megan thee Stallion confirms her and Pardi are dating. pic.twitter.com/cxseFcTPpn

Captioning the post, “Sometimes you just gotta do the most”, he posted pictures of a private jet full of flowers, along with a snap of Megan lying on a bed of roses, with rose petals on the floor.”

Megan also defended Pardison amid speculation over a previous Instagram Live video in which someone could be heard yelling for her.

She said: ‘I don’t be liking some of the stuff on the internet. People don’t know what the hell they talking about, they just be saying anything.

“I didn’t like what they were trying to say about Pardi. Cause he is so calm and so sweet. And very, you know. That’s my boo. And I really like him!

“Y’all not about to play with my man. He don’t even be doing nothing to nobody. Yeah, he my boyfriend. He probably on his live blushing. Okay, let me get off. But yeah, stop playing with him.”