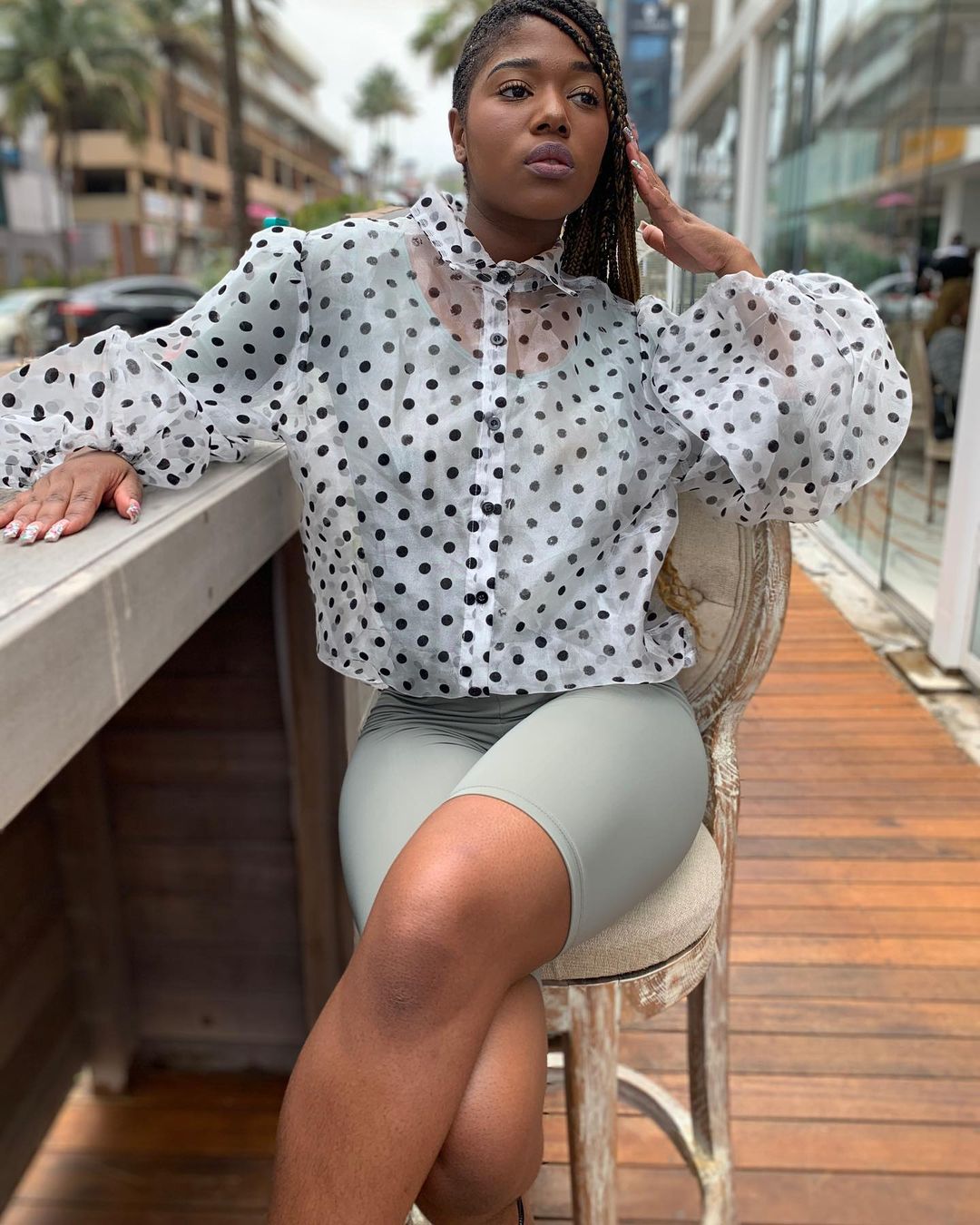 Mzansi young star, actress Yolisa Cele is the daughter of the veteran actress; Baby Cele who currently plays the role of Gabisile on Uzalo.

Yolisa who is 21 years today is known for her role of playing 14-year-old Mpumi who was sister to Zamani Mbatha in Isithembiso. The actress was also doing commercials for a long time before her big break in Isithembiso.

She had this to say about her role on Isithembiso:

“I decided to stop acting for two years to focus on my studies. But my agent phoned me about this show, Isithembiso. I went for auditions and I was really nervous. I was shocked when I got the part. I doubted myself, but when I got the part I was so happy.”

When the actress was interviewed three years ago about moving to Durban to shoot some scenes for her Isithembiso role and she had this to say:

“I’m getting the hang of things, but shooting scenes where I’m not talking has been difficult. So I have to think about difficult times in my life like parting way with friends or failing certain subjects to bring out emotions.”

The actress also gave credit to her talented mother; Baby Cele who’s currently playing the role of Gabisile on Uzalo and also acted on Home Affairs, and Zabalaza to mention a few.

“My mother is my idol. You don’t see her name in newspapers for bad reason: she’s able to keep her life private. She also helps me with my acting. Even though I know isiZulu, my mom is very good with it. She helps me with translations. I learnt that the talking is much easier than when you’re quiet.”

Although the actress followed in her mother’s footsteps today, she mentioned that acting was never part of the plan and she’d always wanted to be a fashion designer.

“It was unexpected. I love fashion. I would sleep and dream myself in a beautiful dress I would wake up and draw it.”

The actress is still hopeful that she’ll make her fashion designing dream a reality.

“I’m still not sure where I want to study.”

Her mother; Baby Cele mentioned in an interview a while ago that she never wants her children to be unhappy…she’ll support whatever career fields her children take. Yolisa also mentioned that she doesn’t just want to be Baby Cele’s daughter, but her own person.