The young amapiano superstar Dj Melzi and his fiance The Bomb rsa are undoubtedly Mzansi’s youngest and hottest couple. Dj Melzi, real name Thumelo Mphai, was born in March 2001 and is currently 19 years old. His fiance, @thebomb.rsa, real name Andiswa Selepe Tshabalala, was born on the 11th of April 2003 and is currently 17 years old. Dj Melzi is an incredible DJ and music producer where as The Bomb rsa is a social media personality, Youtuber, Instagram model and the sexiest young influencer. 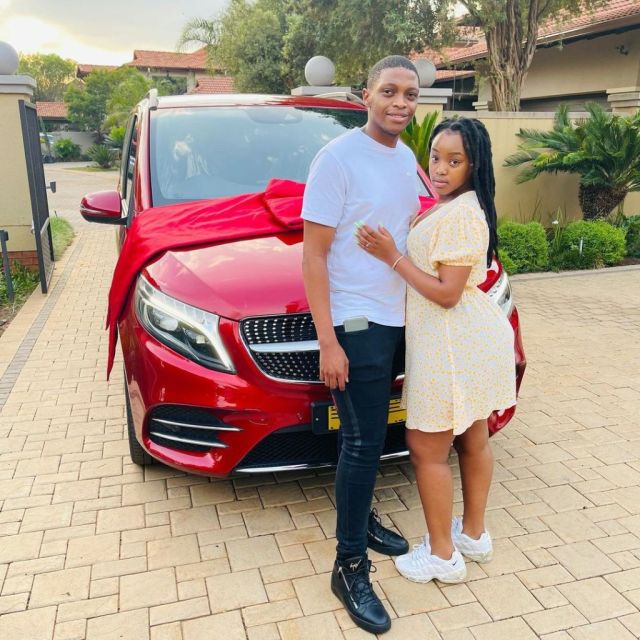 The Bomb rsa is famous for flaunting her mouth-watering big booty. Her curvy sexy body stole the attention of YouTube fanatics and she became popular overnight. On her YouTube channel, she posts about lifestyle, fashion, and makeup. On Instagram, she has managed to grab a stunning 1 million followers within one year. All the attention she received has made her an incredible influencer. Andiswa is originally from Mbombela, Mpumalanga, but she is now residing in Johannesburg with her fiance Dj Melzi. 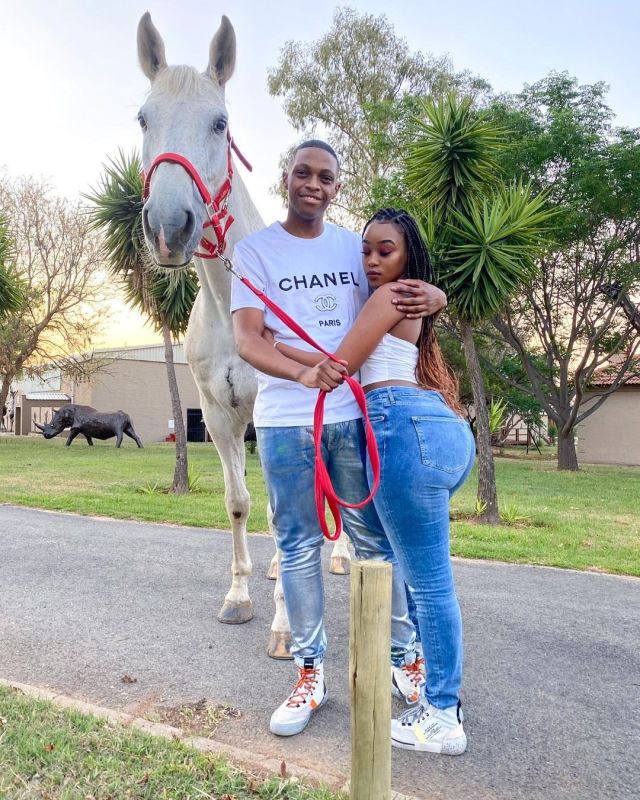 Dj Melzi has emerged to be a full fledged music producer and Dj at the age of 19, that’s incredible. He began meddling with instruments at a young age of 6 years. Thumelo’s love for music grew over the years till he dropped his debut EP in 2018, at the age of 17. He must have dropped out of school to pursue his music career. In 2020, he released his second EP titled The bomb. It’s all paying off now and he is rubbing shoulders with big artists in the country such as Cassper Nyovest. In an interview, he revealed a little about his younger days, he said;

“The name of the EP Champopo is inspired by a nickname I was given by peers. It comes from me wrapping my car in the color rose gold. Which strongly looks like champagne. From this day on my car was named champopo,”. 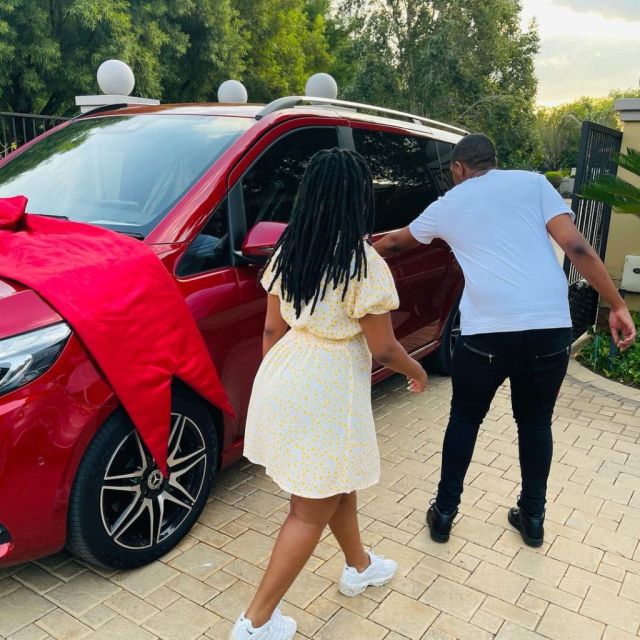 Dj Melzi and The Bomb make a cute young couple. Dj Melzi’s latest EP is titled ‘The bomb’, Andiswa’s social media name. It’s not clear when they started dating, probably at school, but they got engaged late last year. Their wedding date is still to be announced, but fans have speculated that it could be mid 2021. All the traditional protocols have been observed , so the wedding is the last piece in the puzzle. Critics have pointed out that the two are two young to get married and will probably breakup within a few years of marriage. Despite the negative comments, they are serving couple goals.

On valentine’s day this year, the couple blessed themselves with a brand new Mercedes-Benz V300D exclusive worth R 1 645 880. That’s shocking right? How can a young couple afford such a vehicle? Evidently, the couple has got money, but is it all from their work? Many have speculated that Dj Melzi’s parents are rich folks. Dj Melzi already owns a Mercedes-Benz E63 MAG and a VW Golf7 with personalised licence plate.

Jealous down, this couple is hot. The Bomb rsa has already been pointed as one of Mzansi’s sexiest females with natural bodies. On the other hand, DJ Melzi is tall, handsome, light skin and smart. In such a case, it is not debatable that this is Mzansi’s hottest couple at the moment. Donald and Cici probably follow after this lovely young couple.