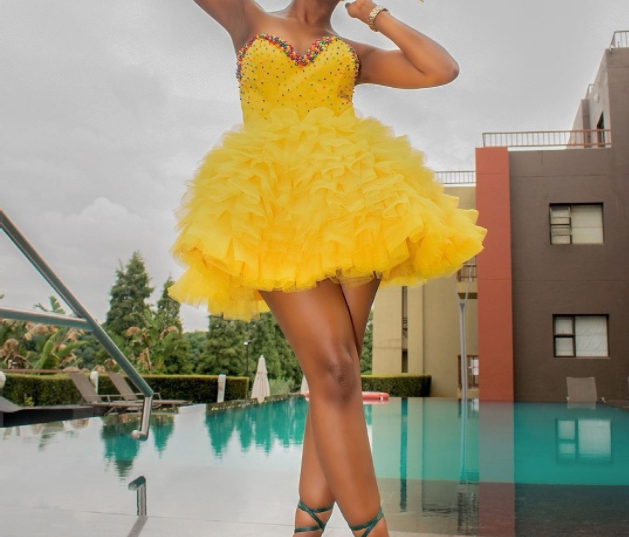 Scandal’s is not just lucky on the show when it comes to love, Nomvelo Makhanya mLindiwe ay just be as lucky.

The Scandal! actress has debuted the man that currently rules her heart and Mzansi is loving it. As expected sis did not reveal a lot about her man but we did some digging and came across Simiso Ngwenya better known as Samora on the Instagram streets and as luck would have it, that’s the man she has been getting boo’d up with.

Mvelo has been commenting on Simiso’s Instagram pics from as early as January of this year so it may have been a while.

Simiso is a creative that does owns #Bap$, a clothing line that broke through into the South African youth market in 2014. ZAlebs that have supported Simiso include Maps Maponyane, Nomzamo Mbatha, Natasha Thahane, Mampintsha and Scoop Makhathini to name a few.

“Since the inception of the brand we have always consciously taken a creative direction which leans towards abstract Art. As a result of feeling so strongly about this medium, in a market where most had not been familiar with it, we took it upon ourselves to school the kids as to what abstract art really is. This can be seen in all of the exhibitions and fan art we have done over the years”

“#Bap$ describes a bold fearless way of life which unites the youth of today. The ethos of the brand promotes the youth to express themselves without fear in a fresh way. After the release of the #Bap$ bucket hat in early 2014 our brand gained national acclaim as it introduced Afrocentric prints to the growing bucket hat culture in South Africa. It became the accessory of choice in the South African youth market as more and more celebrities were constantly spotted rocking the garment”

The actress was in a serious long term relationship with her boyfriend Zan Mthiyane. When things ended between the two, people were left heartbroken as the couple was one of their favs.

Mvelo confirmed their breakup came after she posted a video on Instagram where she was holding a bouquet of flowers with the caption, “Valentine’s Day is upon us (this is my first one as a single lady btw, lol)…and what better way to spoil yourself than with some fresh roses?! Whether you’re single or in a relationship…”

People have congratulated Mvelo on her new relationship and wished her all the luck.

These were some of their reactions:

@asavela__m said, “Uze umveze Siyabonga (we finally get to see him, thank you)