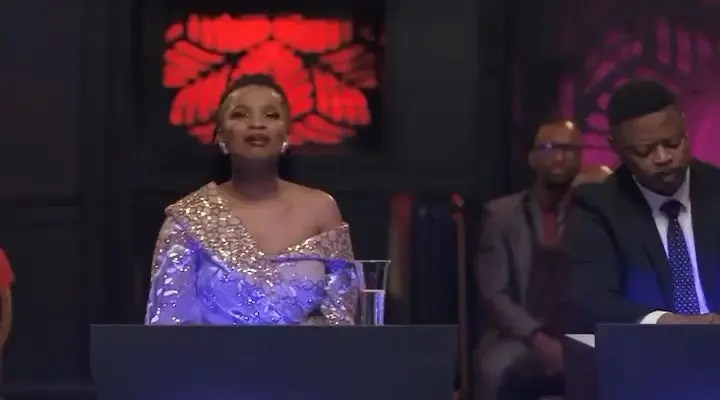 Radio personality Zizo Tshwete got to test drive what its like to wear the judge’s hat even if it was make-believe. She had a short stint on Mzansi Magic’s drama series Gomora as a judge in a beauty pageant on the show.

Zizo was elated to be part of the production because she is obsessed with the drama and the storylines that have strong women taking the lead.

“Anyone who knows me well knows how obsessed I am with Gomora. I am a huge fan of our stories being told. I watch content with the intention to learn about the realities of our people.”

The radio jock went on to praise the cast of the drama series for their strong storylines.

She was excited when she got an invite to star in the show.

“I remember getting the news that they were extending an invite for me to be a small part of their already impressive stories. I could not have been more excited.”

Gomora has been trending non-stop with people praising the production, the cast and the execution of stories.

Zizo said a production like this happens because of the presence of women who work well together and are in key positions.

“This team in particular has a stellar cast, quality content and technical skills that blow my mind. Love that there is a strong female presence in the leadership of the team. So the message right here: look what can be achieved when females decide to work well together.”