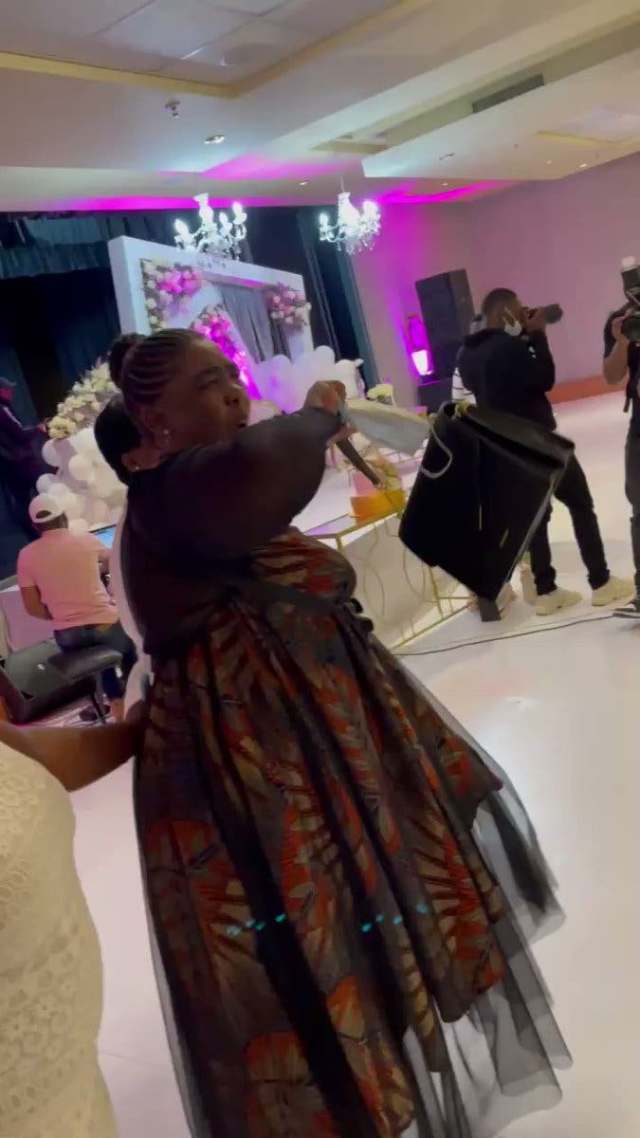 One of Mzansi’s most adored twins recently threw their mother a surprise 55th birthday party. Blue and Brown Mbombo are known to got the extra mile when it comes to celebrations and their mother’s birthday party was no exception. The girls even brought in a legendary Gospel icon Dr. Rebecca Malope, which made their mother burst into tears.

The all-white event was organised by G.A Exclusive Events but the woman of the hour had to stand out from the crowd and she wore dark colours. Friends and family members gathered to celebrate their appreciative mother by also saying a few words.

As soon as she entered the room she was met by people who were ecstatic to see her and the tears just started rolling down. Blue Mbombo managed to capture each and every moment from when she arrived right down to the moment Rebecca Malope performed a song she specifically made for their mother. Judging by the videos, their mothers reactions show just how much of a fan she really is of the music giant.

“So my twin sister @BrownMbombo and I surprised our mother with a birthday party and a surprise guest by her fav gospel artist, the legendary Rebecca Malope,” she wrote.

Watch clips from the party below:

…. so my twin sister @BrownMbombo and I surprised our mother with a birthday party and a surprise guest by her fav gospel artist, the legendary Rebecca Malope.

Nobody expected less from the girls because their 31st birthday party was also epic. On social media they had to reflect on the past 27 years together from their humble beginnings to being the people they are right now.