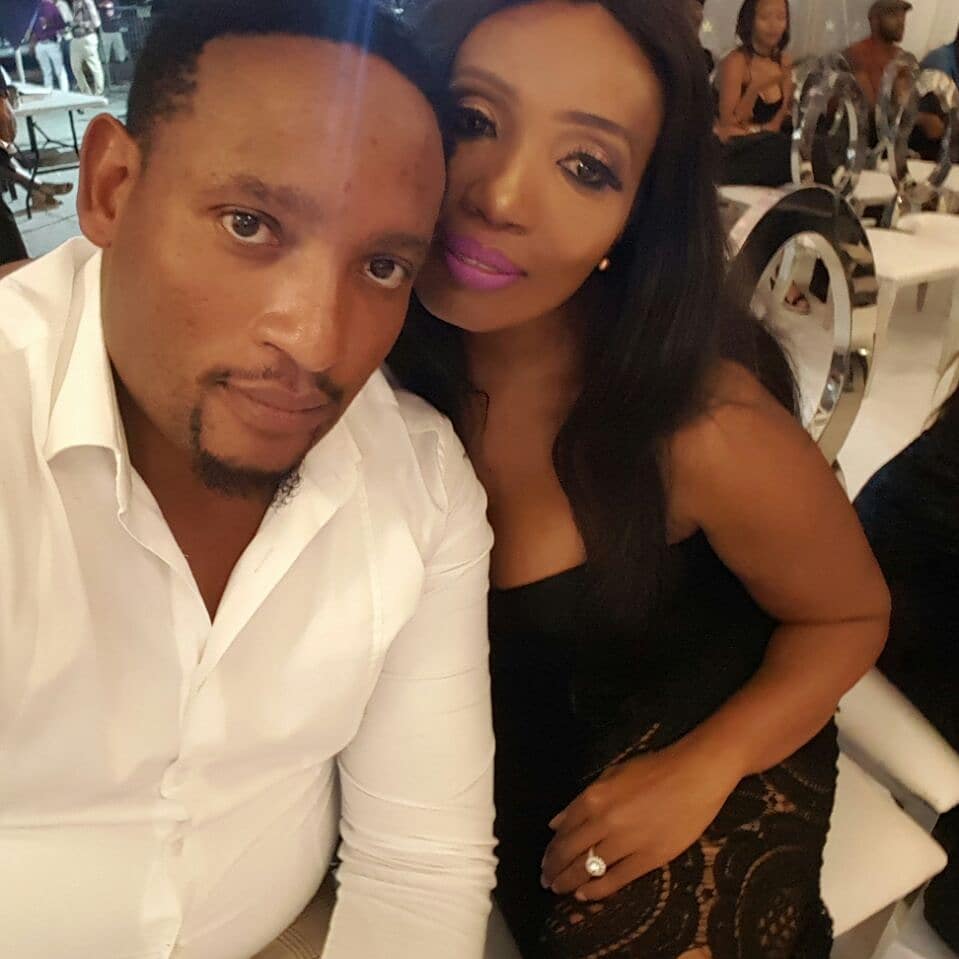 The battle between the Lichaba’s and the Ndaba’s gets heated as Max Lichaba lawyers up. According to a local publication Max has sent a letter of demand to Sophie Ndaba, requesting that her son Lwandle Ndaba retracts his statements and apologises after making damning allegations about him in a song.

Following Lwandle Ndaba’s explosive diss track aimed at his step father Max Lichaba, the family has been up in arms, trying to restore Max’s tainted image. Lwandle called Max an abuser and serial cheaters who allegedly milked his mother dry and left them with nothing. Not only that but he also released a statement where he explained his lyrics and gave account on all the alleged events which took place in their marriage.

In the song titled ‘My Step Dad A Devil’, Lwandle says, “I always thought that you were one to protect us, instead you always pulled up and stressed us. You the reason mama fell in depression. You used her for her fame and her money. You got it all and you left us with nothing.

“We had to start form scratch it was [a] struggle. Hard to put food on the table, while you busy buying Bentleys & Bit***. Can’t believe my mama [is] in this position, Imma put you in the worse position.”

“Okay Max, let’s the people [know] who you really are in fact, bipolar n***a fake Rolly (Rolex) on the wrist. The King of the men are trash that’s a fact. You left your wife alone bruised up on the body. I won’t forget that day when you hit her cause you cheated, you cheated with my best friend well that’s a shocker. She old enough to be your daughter, R Kelly wanna be

“A devil in disguise is what you really are, I thank God you not my father I fear for your children. My mama had it with your sh*t I’m glad she chose to leave disrespectfully you are [a] tragedy. Fake gangster, bad father with a fat belly.”

“I’ve never seen a wife in pain because of a man she loved until a man named Max came along and showed us how dangerous a man can really be,” he said.

Max denied some, if not all the allegations but did admit to one, which was infidelity. He told TshisaLive that he and Sophie Ndaba had fallen out of love and that he, like many other people, go through various people to look for love.

“My marriage for a very long time, there was no marriage. I’m not a monster, I’ve never been a monster. Yes maybe, as women go through certain men to find the perfect man, I’ve been doing that. I’ve been going through two or three people to find ‘Miss Right’ and that doesn’t make me a monster,” he told the publication.

Now, in an effort to restore his image, a local publication alleges that Max’s family wants the Ndaba’s to pen a formal apology and retraction – but they are not making that request very politely.

The House Of Zwide actress has allegedly been labelled a “witch” and “thief” by Max’s family and they have also apparently threatened to expose Sophie but only when the time is right.

The publication reveals that his sister Aiso Lichaba sent Lwandle a text calling him ‘satan.’ “Look here b**ch… that is my brother you are singing rubbish about. Did you ask that stupid mother of yours what she did to Moeketsi? You Satan, who do you think you and your witch mother are?” an angry Aiso wrote, as quoted by the publication.

Not only that, but she also revealed that Sophie was broke before she met Max and his Shisanyama helped save them. Which kind of contradicts Lwandle’s statement where he alleged that Sophie is the one who invested millions into KwaLichaba’s and also Max’s other businesses.

“I witnessed the financial investment from day one into all of his businesses by my mother (KwaLichaba Soweto Chesa Nyama, LCR),” he wrote.

Max has instructed his lawyers to send letters to Lwandle to retract, if he does not do so then the matter will be taken to the high court. In the letter though, his lawyers say there is no evidence that Max cheated on Sophie, even after allegedly admitting that he did in the interview with TshisaLive.