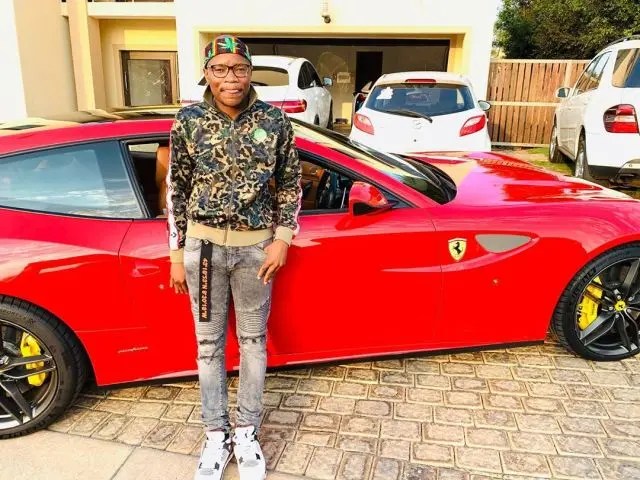 Master KG, is facing plagiarism charges after being accused of ripping off the hit song from Ntimela Chris Chauke.

This comes after Charmza the DJ has taken the Jerusalema hitmaker over claims he is the one who produced the hit song and stole his song.

According to a letter of demand from Chauke’s lawyers, Adams & Adams, in which he is calling for Moagi to apologize publicly for the copyright infringement and credit him as the producer of the global hit. Chauke, popularly known as Charmza the DJ, is also demanding full compensation of all monies due to him.

“Around 19 August 2019, our client, Charmza the DJ, was invited telephonically by Master KG to visit his recording studio in Midrand to produce a track for female vocalist Nomcebo.

“Our client travelled from his home in Limpopo and during the recording session at Master KG’S studio, he originated, authored, composed, and produced the original musical composition for the song that Master KG and Open Mic Productions later released commercially under the title Jerusalema. Our client authored the original melody of the composition, the beats and the arrangement of the song, melody and vocals,” said the letter.

According to the letter Master KG did not contribute any creative input to the composition and was not present in the studio at the time that the vocals were recorded and arranged, and for the majority of the time when the song was produced.

“Our client returned to his home in Limpopo and expected that if Master KG decided to commercially release the song, he would be credited as the producer, and that Master KG would first negotiate appropriate rights clearances with our client as the copyright owner of the composition before any commercial release of the song occurs. Our client was surprised to learn that Master KG simply proceeded to release the song commercially, through his record label at the time, Open Mic Productions, without contacting our client and without obtaining the required rights clearances for the use of our client’s copyright-protected music and musical composition. Our client did not transfer any rights of copyright through written agreement or otherwise and remains vested with all rights of copyright in the composition.”

When the track was released, Chauke said he called Moagi and Open Mic Production. He said they promised to have a meeting with him.

“He believes because he didn’t have the financial resources and knowledge, and because he lived in Tzaneen, Open Mic and Moagi never dreamt he would be able to get legal help. Chauke, responsible for King Monada’s biggest hits, feels the law should now take its course.”

Lionel Jamela of Open Mic Productions said: “The claim is fabricated. If they believe that they have a legitimate claim, they are welcome to approach the courts.”

Charmza the DJ said: “We are approaching the courts because there is more than enough evidence to substantiate all the claims. What is even sadder is that they refuse to even meet to discuss this.