Marry one, get one free – Man hits jackpot as family offers him free makhoti after marrying one

Marry one, get one free – Man hits jackpot as family offers him free makhoti after marrying one 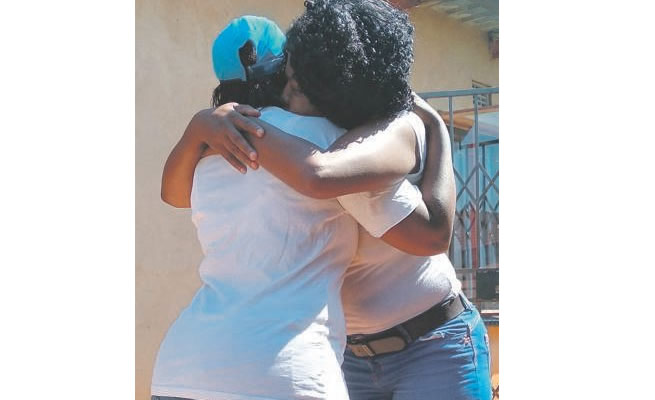 Twins Thembi and Thembisile do almost everything together – and Thembi plans to keep it that way!

When a man asked for Thembi’s hand in marriage, she told him her sister was part of the marriage.

“YOU MUST BE READY TO TAKE MY SISTER AS WELL. YOU MUST MARRY US BOTH!” SAID THEMBI.

Twins Thembi and Thembisile Ndlovu (37) from Edenpark, Ekurhuleni, lost their parents at an early age and won’t be separated.

But prospective husband Sipho Njomane (40) has said it’s against his religion to have two wives.

Thembi said she didn’t know what will happen.

“I love Sipho, but I can’t marry him and leave my sister behind,” she said.

Thembisile said they lost their parents when they were very young.

“We knew we had to stand together no matter what,” she said.

“We vowed that if a man loves only one of us, he’s not good enough for either of us.”

Because of their work, the twins asked that their faces not appear in the paper.

Thembi said she met Sipho when her sister was not well and she’d gone to buy food for them and get medication.

She met Sipho in the pharmacy last year March and they exchanged numbers.

“I told Thembisile about the guy, and when he invited me for a date I took her with me and we always went out together,” she said.

“Sipho proposed in December, but I told him he’d have to marry us both.”

They said they understood his religious issue but won’t break their vows.

Sipho told Daily Sun both twins are good people, but he could even be expelled from church.

“I don’t know what to do. I’m getting old and Thembi is the right person for me,” he said.

The twins’ uncle, Mathunjwa Ndima (71), said if they wanted to marry the same man, so be it.

“To marry one and leave the other behind can cause problems. It’s better if they marry the same man to stay as close as they are.”

Cultural expert Mtimande Ngwenya told Daily Sun twins are taken as one, so if Sipho marries them both his religion won’t be affected.

“It’s not like marrying two different people from different families,” he said.

He said Sipho should lobola only once and pay for everything.

“It’s a jackpot for Sipho. Two wives for a price of one,” said Ngwenya.

“Even when doing umembeso it must be for one person, but he must take both of them so that they’re not separated.”