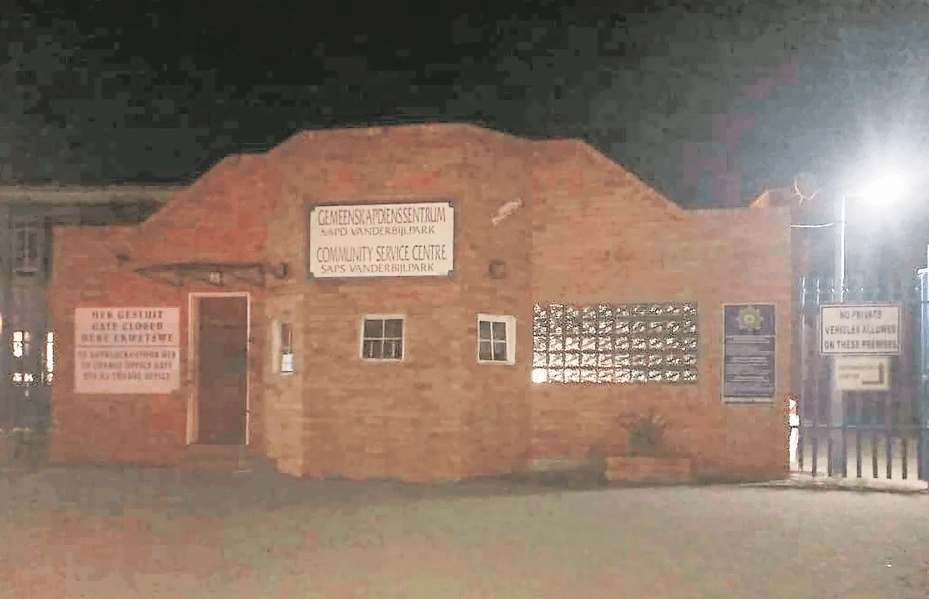 An angry husband allegedly shot and killed his wife at the back of the Vanderbijlpark cop shop on Monday, 16 January.

Gauteng police spokeswoman Brigadier Brenda Muridili said cops who were at the community service centre in Vanderbijlpark, Vaal, had to place a distress call to a neighbouring police station as they thought they were under attack when they heard gunshots.

“But when they investigated, they discovered that a husband had allegedly shot and killed his wife at the back of the Vanderbijlpark Police Station,” said Muridili.

It’s alleged that a high-speed car chase between the man and his wife ended at the police station when the wife crashed her car in a ditch. The husband then walked towards his wife’s vehicle and allegedly shot her several times.

Muridili said police fired towards the husband, who at the time still had his firearm in his hand. The firearm was seized and the husband was arrested with no injuries.

“A police station is supposed to be a safe haven for victims of crime. It must never happen again that a perpetrator follows their victim to the police station to commit such a heinous offence,” said Mawela.

He reiterated the police’s call for the public to find amicable ways to resolve conflict without resorting to violence.

Muridili said police opened a case of murder and the suspect will appear in the Vanderbijlpark Magistrates Court soon.