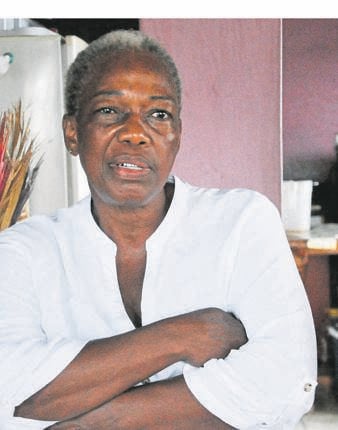 T looks like the drama between Mampintsha, his wife and mum is far from over.

After the Uthando Lodumo reality stars announced they’d be releasing a song titled Sponge Wodumo, Mampintsha’s mum Zama Gumede warned them against it.

She said if they continued to make fun of her, they were asking for a curse.

“The Bible says respect your father and your mother so that you will live longer. Clearly, they don’t know that verse in the Bible. They mustn’t make fun of me based on what I’ve said. These kids don’t know how life is. They are only living in a moment. It’s sad,” said Zama.

Mampintsha, whose real is Mandla Maphumulo and Babes Wodumo, real name Bongekile Simelane, have been calling themselves abazali baSpontshi (Sponge’s parents) after Mampintsha’s mum accused Babes of faking her pregnancy by putting sponges on her stomach.

Zama said they mustn’t drag their son into their disrespectful tendencies.

“The baby knows nothing. He’s innocent and it’s unfortunate that his parents are dragging him into this. What kind of parents are they? In fact, have they given the child a proper name?” asked Zama.

After the baby was born, she claimed she heard the news from strangers and not her son.

In June, she told Daily Sun that after the video where she lashed out at Babes went viral, her son neglected her.

Babes’ sister and manager Nondumiso Simelane said she had decided not to comment on anything said by Zama.

Mampintsha said the song was meant to celebrate the birth of their son.

“We meant no disrespect to anyone, my mother in particular. Sponge Wodumo is a nice title for the song. A curse? I don’t know what to say about it,” he said.