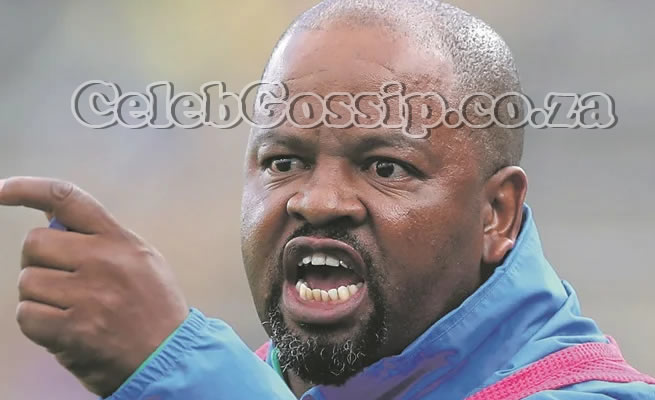 In a shock move, Mamelodi Sundowns have demoted one of their two co-head coaches, the experienced Manqoba Mngqithi, to the role of “senior coach”.

Downs announced the unexpected decision on Monday. The reshuffle of their technical team leaves Rulani Mokwena as the head coach of the Brazilians and Steve Komphela is promoted from the role of senior coach to “first team coach”, the club said.

“Mamelodi Sundowns announced today the restructuring of its technical team and the changes in the responsibilities and employment positions of its coaches: Manqoba Mngqithi, Rulani Mokwena and Steve Komphela,” Sundowns said.

“These changes were necessitated by the poor performances and unconvincing victories that the club has experienced for quite some time.

“Mamelodi Sundowns has a clear objective of becoming one of the most successful football clubs in Africa and its recent average and lacklustre performances are contrary to this objective.

“Rulani Mokwena will take over the responsibility of head coach at Sundowns, Steve Komphela will be promoted to first team coach and Manqoba Mngqithi will be the senior coach, which is the position previously occupied by Steve Komphela.

“The goalkeeper coach, Wendell Robinson, will stay in his current position.

“These changes are with immediate effect.”

The seemingly abrupt move by Sundowns follows the club’s exit at the MTN8 semifinal stage with their 3-0 second leg defeat to Orlando Pirates in Polokwane on Sunday. That result left the aggregate scoreline also 3-0 after a goalless first leg at Orlando Stadium.

However, Mngqithi’s demotion comes as a major surprise as he has been part of the co-coaching trophy machine with Mokwena — and Komphela as senior coach — that saw Downs sweep all three domestic trophies last season, and wrap up a record fifth DStv Premiership title in succession.

The Brazilians top the league in 2022-23 with seven wins, a draw and two defeats from 10 matches.

Sundowns have won six, drawn one and lost one of their last eight games in all competitions, including progressing past La Passe of Seychelles 15-1 on aggregate over two legs in the Caf Champions League second round to reach the group stage.

Downs bowed out of last season’s Champions League in the quarterfinals with a surprise 3-2 aggregate defeat to Angolan side Petro de Luanda.

The Champions League is the competition the club owned by Confederation of African Football (Caf) president Patrice Motsepe covets most, seeking to add a second title to their 2016 triumph under Pitso Mosimane.

The reshuffle comes a day before Downs’ Premiership fixture against Maritzburg United at Harry Gwala Stadium in Pietermaritzburg on Tuesday night (7.30pm).