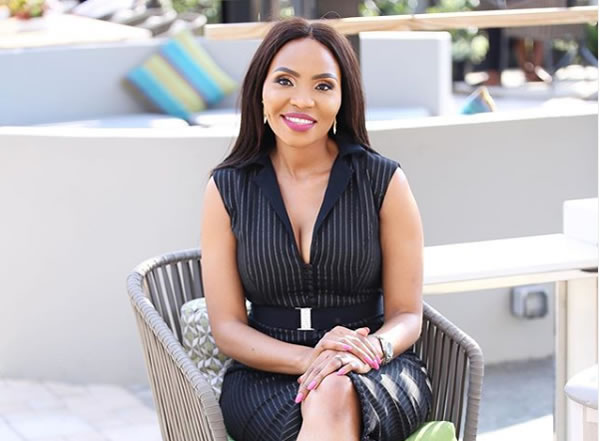 Mngoma revealed this during her testimony at the Commission of Inquiry into Allegations of State Capture on Monday evening.

The couple met in 2009 when Gigaba was deputy minister of Home Affairs, Mngoma said. She then moved in with him in his Pretoria home in 2010 during her pregnancy.

In the early years of their relationship, Gigaba introduced Mngoma to the controversial Gupta family after Ajay Gupta insisted on meeting the couple’s son.

She first met the Gupta family in 2011, when Ajay gave their son a gold necklace as a gift. The son never used the necklace as Gigaba took it, Mngoma revealed.

The couple attended the Gupta wedding in 2012, where they welcomed the Gupta family from India at Waterkloof Air Force Base the day before the wedding, Mngoma revealed.

“Malusi asked me to accompany him to greet the Guptas.”

However, things went south after news broke that the couple had attended the wedding, and Gigaba refused to spend the night at a hotel booked for them by the family as a result.

Mngoma was also asked to remove a picture of the wedding activities she had posted on Facebook.

Mngoma also revealed that Gigaba was not happy with his appointment as finance minister because he knew former president Jacob Zuma allegedly wanted Brian Molefe in the position.

Gifts from the Guptas

Mngoma said the planning of the wedding took almost two years due to Gigaba’s work. During the time, she spend almost five million in cash on the wedding.

She said she paid all the wedding expenses, including caterers and other suppliers in cash from the bundles of cash that she received from Gigaba.

When asked if she did not find it bizarre that everything was paid in cash, Mngoma said it was normal for her.

The couple had invited former president Jacob Zuma and the Gupta family, though they did not attend.

The Ajay Gupta gave Gigaba money as a wedding gift and also paid for their week-long honeymoon in Dubai.

Ajay Gupta also gave Gigaba a white BMW 3 series as a gift. Gigaba then gave it was Mngoma, who later transferred it into her name.

“We took it to a friend to fix the lights and it never came back,” she said.